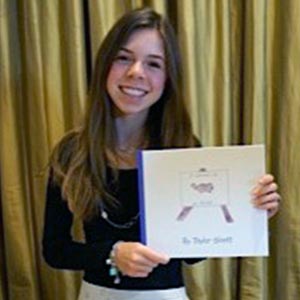 Thirteen-year-old Taylor Sinett of Harbor Acres in Port Washington made a small art project for her father while away at summer camp. Since then, more than a year later, much devotion has gone into turning this picture into a book to help others.

“One afternoon, during a camp arts and crafts class, I decided to draw a picture of a weasel sitting on an easel and entitled my project, “A Weasel on an Easel,” and gave it to my father as a gift on Visiting Day,” said Taylor.

Taylor’s dad lovingly placed the “Weasel on an Easel” in his ofﬁce. After several praises and comments from her dad’s patients, Taylor decided to turn her art project into a children’s book, thus the story of A Weasel on an Easel was born.

“Sometimes the best ideas come from the simplest of places,” said mother Wendy Sinett. The story of Taylor’s weasel (now named Fredda) has big dreams, but unfortunately, is thwarted at every turn. No matter how many obstacles Fredda faces, she believes in herself. While Taylor wrote, A Weasel on an Easel it was important that her book be an avenue for helping others, especially her cousin, Casey, who suffers from complications with ulcerative colitis. Taylor has watched her cousin endure multiple surgeries, live with an ostomy for a number of years while awaiting doctor’s orders to ultimately reverse the ostomy and be able to live a “normal life.”

“Casey faces these challenges with grace, humor and a positive attitude and with my cousin in mind, I was able to finish my book and have it published,” Taylor said.

With sales of the book, more than $1,000 has been raised for The Crohn’s and Colitis Foundation. “It is a great story for children and adults of all ages and is about accepting oneself for who he or she is while keeping on with your dreams regardless of any obstacles,” Taylor said.

In addition, it was written for a cause very close to Taylor’s heart, The Crohn’s and Colitis Foundation. A Weasel on an Easel is available online at http://online.ccfa.org/weasel. 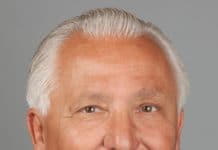