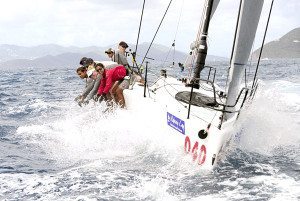 While the deep snow and frigid weather hasn’t descended on us yet, it might be nice to start dreaming of warm weather sailing during the winter months. And for those who are looking for the perfect gift for the holidays for your favorite sailor, the following may be of interest to you.

The 45th BVI Spring Regatta & Sailing Festival has officially opened its online registration, which will be held March 28 to April 3, 2016.

To celebrate the regatta’s milestone anniversary, organizers will reward one crew (registered by Dec. 31), with free drink tickets in the amount of the regatta registration fee.

Warm water, hot racing and cool parties capture the essence of the event. On the water, sailors compete in idyllic conditions with windward/leeward courses and use the stunning islands to race around as well. On land, they are treated to nightly entertainment with dancing on the beach and delicious food vendors all in one location: Nanny Cay Resort & Marina. As part of the anniversary celebrations, fireworks will bring the 2016 regatta to a close after the award ceremony.

The VX One Class has already confirmed 12 boats will be there for their inaugural VX One Caribbean Cup Racing on the One Design Course area. Bare boats and competitive spinnaker race boats have their own course area on the water.

For more information about the BVI Spring Regatta & Sailing Festival or to register, go to www.bvispringregatta.org.

Keeping with the theme of warm weather sailing, news out of Key West is interesting. Quantum Key West Race Week 2016, hosted by the Storm Trysail Club, in conjunction with Sailing World Magazine’s editorial team, has announced the creation of a new trophy to recognize the most outstanding performance of the regatta’s youngest team.

“For the sport to be sustainable we need younger sailors engaged at all levels, not just in junior sailing but also at top-tier events such as Key West Race Week,” Sailing World Editor Dave Reed said. “The intent with this trophy is simple: to recognize owners and teams that provide opportunities for young amateur sailors to keep racing during a period of their lives where they potentially drop out of the sport.”

The Sailing World Trophy will be awarded to the best-performing team in any class whose average age of all crewmembers is less than 30 years old. Selection will be made by the organizing authority in consultation with Sailing World, based on the average scores for the week, average age of the crew and the relative difficulty of the competition in the class.

John Fisher, chairman of Quantum Key West Race Week 2016 on behalf of the Storm Trysail Club, applauded the decisions by Sailing World to encourage participation of up-and-coming sailors at the grand prix level. “We are thrilled to introduce this new competition and thank Sailing World Magazine for sponsoring a special trophy that recognizes the best young team at Quantum Key West 2016,” Fisher said. “The Storm Trysail Club has always believed it is important to give young sailors an opportunity to race at the highest level. The ultimate goal is to grow sailboat racing, and the best way to do that is by fostering a lifelong interest in the sport in young people.” 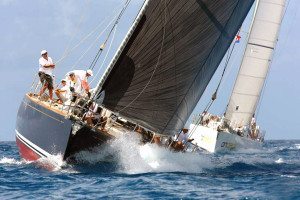 On a more local level, the Yacht Racing Association of Long Island Sound (YRALIS) also has a youth trophy. The YRALIS Youth Challenge Cup is designed to challenge boat owners to increase youth participation on Long Island Sound. The winner of the trophy was awarded for the first time at the YRALIS Annual Meeting and Awards Ceremony held at Larchmont YC on Sunday, Dec. 6. Iris Vogel, Huguenot YC, won this year and set a great example for future boat owners who would like to take the challenge.

The YRALIS Youth Challenge Cup’s requirements are: a yacht must participate in at least three qualifying events, at least one third of the crew shall be between 14 and 24 years old in a given calendar year, a participating yacht shall fly code flag “Juliet” on its backstay and add the initials “YC” after the yacht’s name on the entry form, and the owners must declare the total number of crew and number of crew between 14 and 24 years old on the entry or by email to the organizing authority prior to the start of the event. 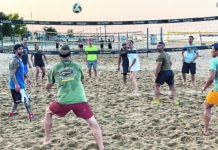 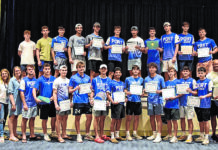