Following an extensive application and public hearing process, Arhaus Furniture is nearing completion and is expected to open in time for Thanksgiving.

At a Village of Flower Hill Board of Trustees meeting last week, Mayor Elaine Phillips praised the aesthetic of the building so far. “Arhaus is a welcome addition to the commercial area of our village,” Mayor Phillips said. “We look forward to a long relationship with them.”

“It’s progressing very well, and we believe that it’s a beautiful addition to the community,” Cohen said. “We’re transforming an old, classic building to a new, completely renovated building, and still retaining all the classic elements—it’s the best possible use.”

Village Administrator Ronnie Shatzkamer explained back in March that in order to comply
with village code, the applicant had to get a subdivision for 67 Knollwood Rd., which is only heard by the village planning board. Following that procedure, the applicant needed a change of zones—from a residential property to a commercial property.

Guardino also explained that the subdivision required the approval of the Nassau County Planning Commission, in addition to the villages of Flower Hill, Roslyn Estates and Munsey Park.

The hearing was then postponed until April and also included a requirement that the applicant put together a plan to replace trees, as a result of neighbors stating that numerous trees, which provided privacy from Port Washington Boulevard, were removed without complying with necessary legal procedures.

Cohen said that prior to the store opening, the entire site will be landscaped properly.
Arhaus Furniture, a division of Homeworks Inc., was founded in 1986 by John Reed and his father Jack Reed. The Cleveland-based retailer has over 50 stores in the U.S. and employs over 1,000 workers nationwide. It provides unique, high quality and well-designed home furnishings.

In other news, according to Village of Flower Hill administrators, a single-family dwelling is being constructed in the village on Stonytown Road—the next property after Manhasset Woods Road toward Searingtown Road—which has resulted in multiple trees being cut down.
No comments or further details could be given at this time due to potential litigation involving the construction. The Port Washington News will have details available when they are made public.

The next Village of Flower Hill meeting will be held on Monday, Oct. 5, at 7:30 p.m. at Village Hall at 1 Bonnie Heights Rd. 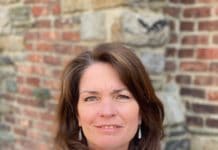 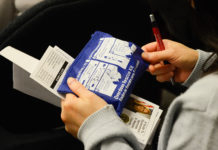