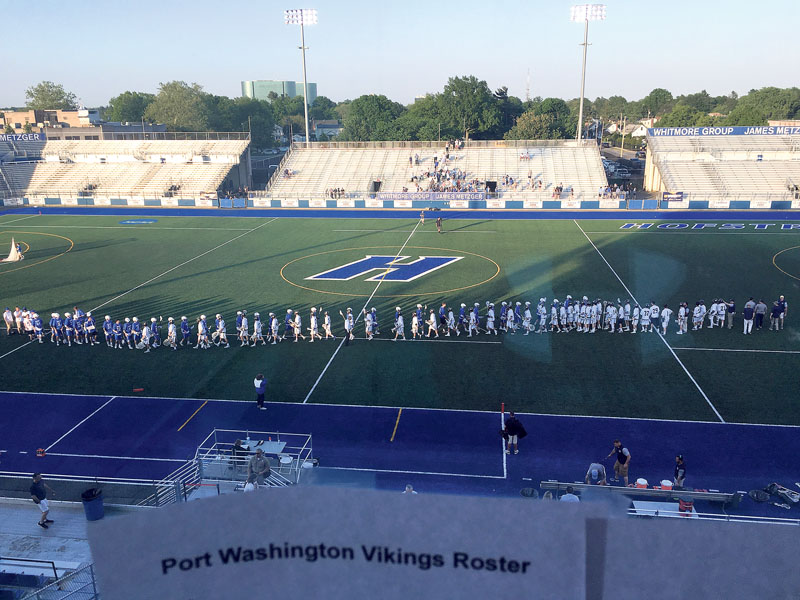 The Port Washington boys varsity lacrosse team had a great year that unfortunately came to an end on Thursday, May 24. The team finished the regular season with a record of 9-6, and clinched the fourth seed in the Nassau County Class A. Port advanced through the quarterfinals, but was defeated in the semifinals.

The first opponent for Port in the playoffs was the five seed, Oceanside. Port Washington beat Oceanside in the regular season by a score of 16-4, however the matchup on May 21 was a lot closer. The Vikings ended Oceanside’s season, winning by a score of 12-9. Sophomore Brian Pohoreckyj scored a hat trick (3 goals), senior John Athanasian racked up 2 goals and 2 assists, and face off/get off (FOGO) Tommy Dover won 19 of 23 faceoffs. Junior goalie AJ Galassi also played well with 10 saves.

Port Washington definitely had a much more difficult opponent in the semifinals. Schreiber’s team squared off against one seed, Massapequa at Hofstra University. The Massapequa Chiefs closely defeated the Vikings by a score of 11-7 in the regular season, despite Port’s fourth quarter comeback, which was too little, too late. This time, however, The Chiefs beat Port by a score of 11-3, and advanced to the Nassau County Championship for the 12th consecutive season. The lone goal scorers for Port Washington were Drew Turner, Mikey Beil, and John Athanasian. Massapequa was led by Garrett Gibbons, who scored 4 goals, as well as Timmy Ley, who added 3 of his own, and FOGO Angelo Petrakis, who won 14 of 17 faceoffs.

This was the final game for all of the seniors on Port’s team. Some of the key players who will definitely be missed include James Dalimonte, Drew Turner and Daniel Cummings. Dalimonte scored 40 goals in the regular season this year, and will be playing lacrosse at Muhlenberg College. Turner fired home 26 regular season goals this year and is committed to Ithaca College for lacrosse. Cummings was considered the leader of the defense throughout the season, and will play for Trinity College next year. However, the holes from the graduating seniors will be filled by some good, young players. Rising juniors Mikey Beil, Zander Stapleton and Brandon Caslow will all hope to be given more playing time next year. Rising seniors Louis Blakeman, Teddy Nelson and Steven Betsch will also look to secure starting spots in the lineup. All in all, despite a disappointing end to a great year, Port lacrosse has a lot to look forward to for next season. 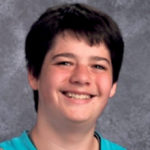 Chris Spina is an 11th grader at Schreiber High School. Keep up with all Port Washington sports action by following @portvikings on Instagram.