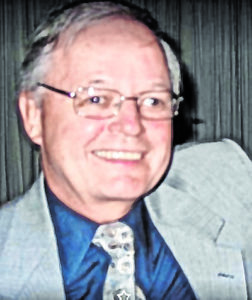 In 1968, on completion of his internship at St. Vincent’s hospital, Dr. Paul Hamlin enlisted in the United States Air Force. His new residence was Bien Hoa Air Base, South Vietnam. From Aug. 1968 to July 1969 he distinguished himself by meritorious service as a General Medical Officer and Chief of Pharmacy Service, 3rd United States Air Force dispensary, Republic of Vietnam, while engaged in ground operations against an opposing armed force.
During this period, Dr. Hamlin received the Bronze Star for his exemplary leadership, devotion to duty and personal endeavor. On two occasions his quick, calm actions restored life to individuals and subsequently returned them to service. His citation stated, “that under adverse conditions, Captain Hamlin demonstrated outstanding professional skill, remarkable knowledge and a calm assuredness in his numerous contributions to the improvement of the health and welfare of the base military population. Following hostile attacks, he contributed immeasurably to the smooth handling and disposition of casualties, reflecting great credit upon himself and the United States Air Force.”

In addition to his regular duties, he volunteered and administered to both the children in orphanages in the city of Ben Hoa and elderly patients inflicted with leprosy and tuberculosis at a Leper Colony run by a French Jesuit priest and nuns expatriated from North Vietnam.

In 1969, Dr. Hamlin returned home and completed his military tour at MacDill Air Base, Tampa, Florida. In 1970, he resumed his Medical Education at New York Medical College, Metropolitan Hospital as both Resident and Chief Resident with a subspecialty training in Pulmonology. He went on to be board certified in both Internal Medicine and Pulmonary Disease, and was a Fellow in the American College of Chest Physicians.

From 1974 to his retirement, Dr. Hamlin was an attending physician at North Shore University Hospital, and appointed as both a Clinical Assistant Professor at New York University School of Medicine and Cornell Medical School.

Paul and his wife Jane are married 54 years with two sons, Paul Jr. a lymphoma specialist and Medical Director of the David H. Koch Center for Cancer Care at Memorial Sloan Kettering Cancer Center and Keith, Founder and Managing Partner of Third Prime Capital, a venture capital firm. They are blessed with five grandchildren.