Seven-year-old Sophie Markowitz read a book about Helen Keller and became impressed with what Keller accomplished throughout her life. After realizing she had the Helen Keller National Center for Deaf-Blind Youths and Adults (HKNC) right in her backyard, she decided she wanted to donate to the cause.

“I always pass by the center to drop my brothers off at school or camp and I thought it would be a good idea,” said the third grade Daly Elementary School student.
In order to raise funds for the organization, Markowitz opened a cookie and lemonade stand in front of her house.

“I really wanted to do a lemonade stand for a long time,” said Markowitz. “It was raining and finally it stopped and I was so happy and it made me want to do it even more.”
Markowitz raised $100 for the Port Washington-based center with the help of her best friend Anabelle Marshall.

“A lot of people were willing to contribute because I think they thought it was a really nice cause,” said Markowitz’s mother Carole. “It made everyone feel good to buy lemonade and support the Helen Keller National Center.”

“I have to say we were really touched to have a 7 year old think about us and have that generous spirit of wanting to do something to give to others,” said Ruzenski, who explained she’s never had such a young child take the initiative to fundraise for HKNC. “It was really very sweet and sometimes it’s that thought that counts.”

“It was very sweet and interesting how at a young age she’s learning how to give back to the community,” said Burrows. “It’s quite a mature and remarkable thing for a young girl.”

Ruzenski thanked Markowitz and her family with a tour of HKNC and noted that the money raised would be used directly by students for their recreational programs. Markowitz explained she hopes to continue to raise more funds for the center in the future as well as join in the HKNC walk/run in April.

“We were really impressed with the foundation, how much the organization does and we felt so good the money was going there,” said Carole.

HKNC is the national division of Helen Keller Services which provides training and resources to people age 16 and over who have combined vision and hearing loss. For more information on HKNC, visit www.helenkeller.org/hknc. 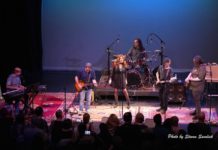 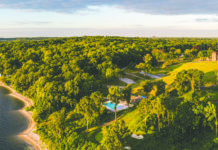