With the inauguration of the 45th president of the United States just days away, Manhasset resident and Port Washington native Anthony Scaramucci is busy completing the task he has been assigned by President-elect Donald Trump last November 2016—to fill the cabinet posts within 180 days. A successful businessman, Scaramucci has roots in the community. He was raised in Port Washington and is still very much a part of the community and close to his relatives who also live there.

Scaramucci has held a number of roles, including that of financier, author and host of the highly acclaimed Wall Street Week. He is also father, husband, son, brother, cousin and friend to many here on the peninsula. Charismatic and well-spoken, Scaramucci came from a modest background. When asked about his background growing up in Port Washington, he replied, “I grew up in a middle-class family in Port. My parents were the children of Italian immigrants. My father worked at Gotham Sand and Stone and my mother was a homemaker. Looking back, we lived a modest lifestyle but I never felt disadvantaged. My parents wanted nothing more than for their children to realize the American Dream and worked tirelessly to create those opportunities for us.”

Scaramucci credits his maternal grandmother and parents for his work ethic. As is true of many immigrants, “she came to this country without a dollar to her name or command of the language and worked extremely hard to help provide for her family, working as a maid and in other labor-intensive jobs.”

His grandmother instilled in him a strong sense of humility, empathy and hard work. This work ethic made him a successful businessman on Wall Street but it started far earlier in his life. When asked what he was passionate about growing up, Scaramucci said “Believe it or not I took great pride in building my Long Island Newsday paper route in Port. I’ve always derived great pleasure out of ‘work,’ and that showed up from a young age.”

Nowadays, Scaramucci loves reading. “I am actually a somewhat introverted person and in my element poring over a new book in my library. I read everything, but especially enjoy biographies and historical fiction.”

As a native, Scaramucci attended Port schools. “I got a great education in the Port school system. It also provided a great environment for social growth. The Port community has always been, and remains, extremely supportive of me.”

Scaramucci continued his education by graduating from Tufts University and went onto law school, but changed his mind. “I actually enrolled at Harvard Law School to become an attorney, but quickly realized practicing law wasn’t for me. To be honest, I was initially drawn to finance for the wrong reasons. I wanted to make a lot of money and be able to strut around at my high school reunion. It took getting hired, fired and rehired at Goldman Sachs for me to rediscover some humility and find my niche in the industry. You could call that sales and marketing, I would characterize it more as helping people and being a resource. I’m proud of the work I’ve done serving investors.” 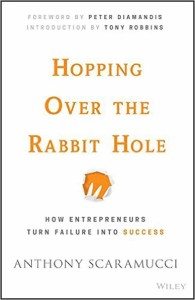 Mitchell Kahn, of Berk Wealth Management, echoed the sentiment, stating that Scaramucci’s funds are very popular with investors. Scaramucci, a strong proponent of financial advisors. When asked what impact does he believe he will have on changing the upcoming Department of Labor mandate that goes into effect in April 2017, said “I’ve spoken publicly and written a Wall Street Journal op-ed on the rule so I won’t belabor the point, but I think it’s a bad regulation. The rule may have good intentions but would ultimately kill jobs and harm investors—especially the little guy. I speak only for myself at this point and can’t comment officially on the administration’s stance.”

In his latest role as member of the Presidential Transition Team Executive Committee, Scaramucci has handled many interviews with potential candidates as well as the press. When asked how the key players in the transition staff that are helping President-elect Trump make decisions were they chosen, Scaramucci said, “Obviously, as the chairman of the transition team, Vice President-elect Mike Pence has played a huge role. People like Jared Kushner, Steve Bannon and Reince Priebus were also instrumental in building a successful campaign and have continued to wield a lot of influence. The President-elect is a very loyal person but also just wants people who are well-equipped to help the country.”

When sourcing candidates, Scaramucci said. “It’s a combination of applications and existing relationships. The President-elect is a world-class businessman and has overseen an extremely thorough and efficient hiring operation. The team he has put together so far is extraordinary.” When asked about the process that potential staffers are evaluated by, Scaramucci said, “Obviously we’re looking for some level of congruence with the President-elect’s agenda but more importantly we’re looking for pragmatic people who have demonstrated an ability to solve problems in the public or private sector.” 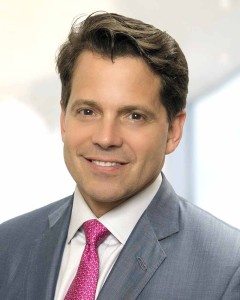 Having watched Scaramucci handle the press is amazing, During a Bloomberg interview, his calm demeanor handled a contentious question by maneuvering the response to neutral territory. “I try to help the most people get the most done with the least drama possible. I see myself as a facilitator,” said Scaramucci.

When asked what he thought the greatest challenge President-elect Trump and his team have ahead, he answered “You have a lot of people in this country, including some members of the mainstream media, who aren’t giving him a chance and want him to fail. Since the election, he’s done everything in his power to heal divisions in our society and give voices to marginalized communities. Fighting through that closed-mindedness will be a challenge but given time, people will realize how much he is uplifting the country.”

Trying to accomplish the monumental task of filling the 4,000+person administration, which took President Obama two-and-a-half years to fill in just a few mere months, is a daunting task. When asked what his role will be in the future, Scaramucci responded “I have not made any definitive decision on my next chapter, but my family has always been very supportive.”

He added, “I’m proud to be a Long Island boy and I’ll never forget where I came from.”