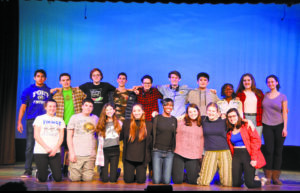 The Schreiber High School drama club spring play, The Little Mermaid, took place on March 1, 3 and 4. Due to the stormy weather on Friday the second of March two performances were shown on Saturday the third of March. This popular Disney play based on a story by Hans Christian Andersen, was so well attended and on Saturday people had to be turned away as tickets were sold out.

A story attracting teenagers and young children, The Little Mermaid, tells a tale of a mermaid who turns into a human when she falls in love with a Prince. The Schreiber performers put on a professional show which was appreciated by all who attended. Ariel played by Sarabeth Schiff, Sebastian played by Eden Franco, and Prince Eric played by Jack Gilsenan were superb in their interpretations of the main characters and the rest of the cast followed their lead.

“I decided to go out on a limb and try out for The Little Mermaid, as a senior who had never participated in a Schreiber High School production before,” said Senior Caroline McCarthy who played Jetsam, Ursula’s eels. “There were definitely moments where I had no idea what I was doing, but everyone in the drama club was so accepting and nice; it made the entire experience awesome! We rocked the stage and got to perform for sold out crows which was surreal.”

Director Lauren Foster-Holzer did a fabulous job putting together the play and the standing ovations were well deserved. Production was in charge of Christine Nelson who organized the play to make it run efficiently and smoothly.

“I was surprised by the turnout of the play on opening night and the excellent performance by the cast,” said Senior Sierra Robinson. It shows that these students put a lot of hard work and effort into making the play as perfect as they can. You can tell that the students are committed to their roles and put themselves into complete character.”

Music for the production was instructed by Anthony Pinelli of the Schreiber High School Music Department. Members of the orchestra added a professional touch to a perfectly synchronized execution of The Little Mermaid. Even though this is just a background piece to the story, each member worked hard to bring out the underlying sounds of each musical song with their specific instrument. It is hard to believe that such young performers are able to use their voices in different tones in order to portray these significant characters.

Behind the scenes of the play, the tech crew deserves recognition for their untiring efforts to make sure that everything is coordinated, that lighting is on que, and the curtain falls when needed. They put in numerous hours working as hard as the performers to bring us a cohesive and well-run production.

The Schreiber High school drama club puts on two marvelous plays a year, one in November and one in March. Both are under the production and direction of Lauren Foster-Holzer and Christine Nelson who have done a superior job over the years and they are very well received by the Port Washington community and Schreiber students. Schreiber High School is fortunate enough to have such an enthusiastic group of people who bring us enjoyable entertainment and a Broadway-style  production of The Little Mermaid. 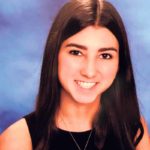