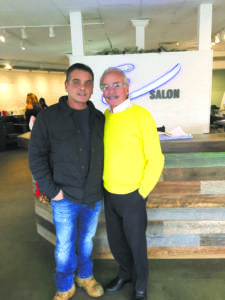 A Port Washington staple, Evergreen & Co. Salon, has been around for more than 50 years, but the storefront was not always located on Manorhaven Boulevard nor was it always named after the Barbara Streisand song “Evergreen.” Hugo Raimo has owned the salon since 1963 and has continuously changed the salon to keep up with the times, turning a barbershop into a unisex salon and later updating it to give the salon a modern, high-end appearance.

“Our salon, the way it’s evolved, is pretty cool because it started off as a barbershop and then all the barbers left him and the partner, and a whole new group came in and then we changed it from barbering to hairstyling and unisex,” said Hugo’s son Tony Raimo, who has managed the salon for the past 14 years. “We really just evolved into a high-end hair salon. We changed with the times, we just diversified and our menu of services expanded.” 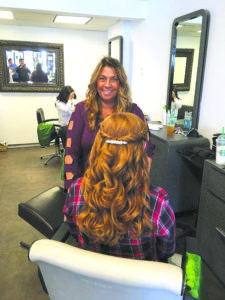 Now-owner Hugo migrated from Italy and began working in the original barbershop located in Soundview Marketplace. After a few years, Hugo purchased the barbershop with his partner Marcello Aquino and the two soon steered away from barbering to hairstyling. The partners changed the salon to be unisex, with one half of the salon named Soundview Hairstylists for men and the other half named Evergreen Salon for women. Soon after, the two dropped the name Soundview Hairstylists and changed the name to Evergreen & Co. Salon. After about 40 years of being in Soundview Marketplace, the storefront moved to 3 Manorhaven Blvd. where it stands today as a modern high-end salon.

“This is all new and we needed it,” said Hugo. “People appreciate it. When you come someplace and everything is new, they like it.”

While the appearance of the salon has changed throughout the years, so has the salon process, explained Hugo and Tony. The two said that when a client would walk into the original barbershop, they would sit down in a chair and wouldn’t leave. Everyone would come to them. 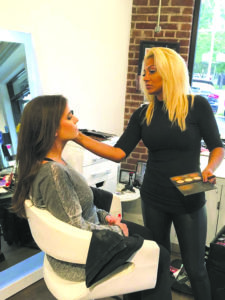 “A guy would come in, he’d get shaved, the chair would turn right around and he would get washed right in the sink,” said Tony. “Everyone had a sink right at their station. He’d get a haircut, a manicure and a shoe shine. He would become a new man and he would never have to leave the chair. The service was different back then. I believe it was more personalized and they catered to you, which they still do now, but it’s just that you’re in different departments. It’s more departmentalized. Now it’s like you go into a salon, you have to go get your hair washed and you have to get it colored in the color area.”

With more than 50 years in business, Hugo explained he has many keys to success and one is providing quality and exceptional service to loyal clients along with convenient hours. He and Tony also stressed the importance of having an educated staff who enjoy what they do, including Hugo himself who still loves coming in each day to cut clients’ hair. The two feel that making their clients feel special is also key so they abide by the motto, “how old you are is your business, how young you look is our business.”

“We are very nice to people,” said Hugo, explaining another key. “We do our job properly and we are nice to people. We’ve been here since 1963, so I must be doing something right.”