Target seems to have avoided the challenging retail environment afflicting many brick-and-mortar box store chains. The company opened three new outlets in the region the week of Oct. 16, including ones at Herald Square in Manhattan, Bensonhurst and its 25th on Long Island, in the Village of Port Washington North.

Mayor Robert Weitzner did the honors of cutting the ribbon on Oct. 17 as he and the village trustees welcomed a small-format store at 3 Shore Rd. in the Soundview Marketplace. The 48,000-square-foot building formerly housed a King Kullen, which closed in late 2014 after a 50-plus-year presence in the shopping center. 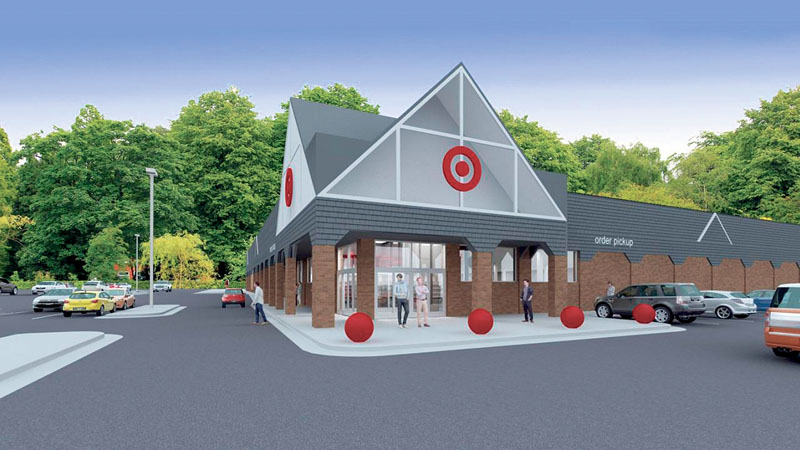 Within the store, which is about one-third the size of the typical large format ones, customers can find anything from clothes to groceries. It is this wide range of product offerings that in part makes the chain popular.

According to Target District Manager Niki Tonnessen, who oversees seven stores, “Target does a lot of research before placing a store. We look for a certain demographic and do market analysis.”

Tonnessen said that the chain creates “an easy shopping experience,” and through its partnerships with various brands seeks to be “trendy and relevant” while still offering value.

While giving a visitor a tour of the new store, Tonnessen pointed out multiple new brands, including a new line of women’s workout clothes.

“We try to remain current,” she said.

She added, “Home decor is a big category for us. We launched Project 62,” a brand exclusive to Target, featuring modern design.

Looking at the larger picture, Tonnessen said the chain hopes to enhance customers’ digital experience, and increase shipping speeds “to try to get items to them as quickly as possible.”

“We appeal to many audiences,” summed up Tonnessen.

The store, managed by Shannon Egan, employs about 100 people. 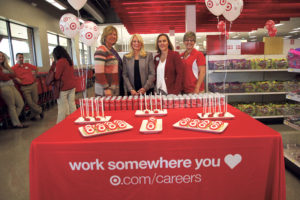 Target’s opening continues a sort of renaissance for the shopping complex, which has a number of empty storefronts. For a three-year stretch earlier in this decade, the Soundview Cinemas in the center was closed. The firm that owned the center went into foreclosure in 2011 and the property was taken over by UBS AG, a Swiss-based financial services company. Transwestern, a Texas-based commercial real estate firm, manages the center for UBS.

It is hoped that the presence of Target might lead to improved foot traffic to the center as a whole.