The ACLD Foundation Appoints New Officers
ACLD Foundation, a 501 (c)(3) organization established to support and raise funds for the exclusive benefit of Adults and Children with Learning and Developmental Disabilities (ACLD), Inc., appointed several new officers to its Board of Directors. This marks the Foundation’s first transition in leadership since its inception in 2016.

Jamie Engel has been appointed President of ACLD Foundation after previously holding the offices of Vice President and Secretary/Treasurer. Engel has been on the Foundation Board of Directors since its inception in 2016. Engel is the Vice President of sales at School Family Media, leading the business and marketing direction of the family engagement platform, which supports the efforts of more than 85,000 K-12 schools across the U.S. to drive volunteerism and parent involvement. Engel’s family has long-term ties with ACLD as his father, the late Arthur Engel, served as the President of the Nassau Chapter of ACLD’s Board of Directors from 1973 to 1975. Engel’s mother, Rita Engel, remains active with ACLD today.

“My brothers, Marc (59) and Stuart (57), both have received services, including housing, medical care, employment coaching and social opportunities from ACLD for most of their lives and the organization has long been a fixture in my family,” said Engel. “Hopefully, I will follow in my father’s large footsteps to lead the fundraising efforts in a new positive direction.”

Engel resides in Port Washington with his wife and two children.

Dr. Shashi A. Patel, has been appointed Vice President of ACLD Foundation. Patel served on the ACLD Foundation Board of Directors previously as Secretary/Treasurer, and his son receives services from ACLD. Patel joined the Foundation Board of Directors in 2018. Patel and his family are actively involved in ACLD. Patel is a retired internal medicine specialist in Forest Hills, New York, with over 47 years of diverse experience. Patel has been active within the community, serving as a board member for the American Lung Association and the Queens Child Guidance Center, alongside his work with ACLD. Patel received the Citation of Honor from Queens Borough President Helen Marshall and her predecessor, BP Claire Shulman, in recognition for his work and efforts on behalf of the people of Queens and Long Island. Newsday recognized him as an “Everyday Hero.” He has also been honored by the Heart and Hand for the Handicapped and received the Mahatma Gandhi Community Service Award from the India Tribune in Chicago. Patel resides in Old Westbury with his wife and son.

Michael S. Mosscrop, Esq., has been appointed Treasurer of ACLD Foundation after joining the Board of Directors in 2018. Mosscrop dedicates a significant amount of his time to charitable work. He first became involved in ACLD through Long Island Elite’s charity partnership of ACLD in 2018. Long Island Elite is a not-for-profit organization composed of Long Island professionals who support local charities throughout Long Island. Mosscrop is a Board Member of Long Island Elite and also serves as the Charity Fundraising Chair for the non-profit organization. Professionally, Mosscrop is a member of the law firm Franklin, Gringer and Cohen, located in Garden City, NY, where he serves as partner, in charge of all general civil litigation matters. His practice focuses on all areas of personal injury, labor and employment and construction/lien foreclosure litigations as well as estate administration and commercial litigation matters. Mosscrop lives in Smithtown with his wife and two children. 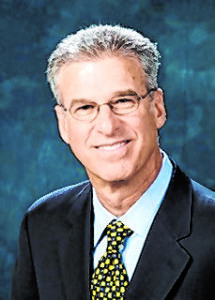 Jay Berfas has been appointed Secretary of the ACLD Foundation after joining the Board of Directors in 2019. Berfas, now retired, had 45 years of publishing and senior management experience running award-winning brands and titles. Most recently, Jay served as Director, Integrated Media for Scientific American. Other positions have included Group Publisher at Advanstar Communications within the Pharmaceutical/Science Group. Previous positions he has held include Group Publisher for several banking titles at Source Media and Vice President for Institutional Investor magazine, where he spent 15 years in various management positions. Jay earned his Master’s degree in Counseling Psychology from New York University and a Bachelor of Arts with honors from Queens College of the City University of New York. He is a past Advisory Board Member of The Galien Foundation, whose mission is to foster a global commitment to policy leadership in the science of medicines innovation. Jay’s introduction to ACLD was from past Executive Director Bob Goldsmith. Jay and Bob worked together in the 1970s for the NYC Board of Education in a program for developmentally disabled children. Berfas resides in Plainview with his wife and has two children and three grandchildren.

About Adults and Children with Learning and Developmental Disabilities, Inc. (ACLD):
Founded in 1957, ACLD is a 501(c)(3), not-for-profit agency whose mission is to provide opportunities to more than 1,300 children and adults with autism, learning, and developmental disabilities to pursue enviable lives, promote independence and foster supportive relationships within the community. ACLD employs more than 1,200 people and operates more than 100 different program sites including community residences and apartment programs across Nassau and Suffolk Counties. Services include early childhood services, day habilitation, residential alternatives, vocational training and job placement, respite, family support services, and occupational speech, and physical therapies. For more information, visit www.acld.org.