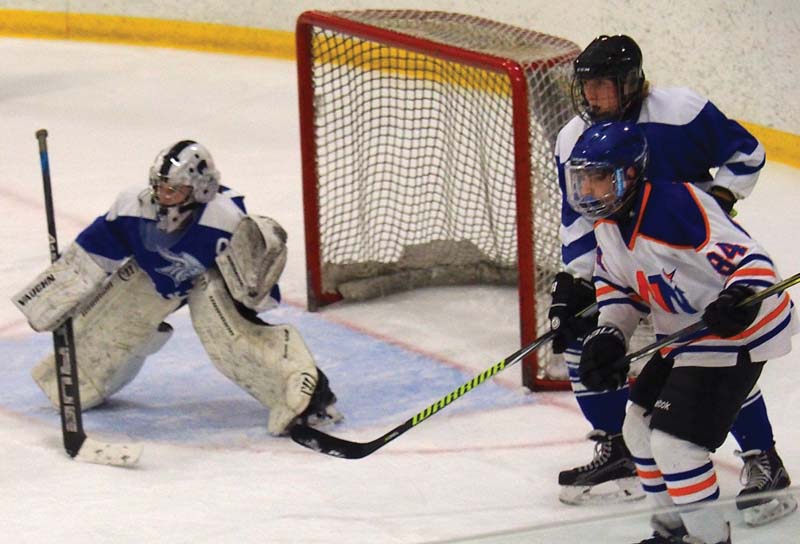 The Port Washington Vikings ice hockey team, which now consists of a middle school team, a junior varsity team and a varsity team, will be holding tryouts on Sept. 15 through 17 for the upcoming 2018-19 season.

Last year, the program only consisted of a middle school team and a junior varsity team, both of which saw success throughout their respective seasons. The junior varsity team made it to the county championships for the first time since 2011. With an overall record of 12-6, Port went up against the undefeated state champion Oceanside at the Nassau County championships, where they lost in a close 2-1 game.

“Moving up to varsity this year is a challenge that we are all excited and prepared for,” said coach Nick Catrone, of the junior varsity team becoming varsity. “We plan to not only compete at this level, but succeed too. Our team knows what it’s like to be considered an underdog and we plan on taking the league by surprise this season.”

At the tryouts, players can expect high-skill development drills such as puck movement, quick feet, agility, shooting, passing stick handling and team system drills such as breakouts, forechecking/backchecking and power play/penalty kill. The upcoming 2018-19 season will run from September to March with games starting in October and practice times will run roughly biweekly.

“The goal is to have as many interested and willing players as possible show up to the tryouts,” said Catrone.

Port Washington Vikings ice hockey team is in a competitive division, going up against Bethpage, Massapequa, Cold Spring Harbor, Long Beach and Bellmore/Merrick school districts. Those school districts provide funding for their teams whereas Port Washington Vikings ice hockey is a privately run team, meaning that individual player contributions are much higher compared to the schools.

“We don’t get much,” said Catrone when asked about funding. “The costs of uniforms, practices and league fees are completely out of our own player’s pockets. It’s been difficult to compete at a high level because we can barely afford practices. The best teams in the league have practices every week and buses to every game, taken care of by their district. Despite all of that, the hockey program is alive and better than ever in Port Washington. We are excited to gain more recognition and achieve more on-ice success.”

For non-returning players interested in tryouts or to donate to the team, contact Catrone at 646-771-6408 or ncatrone29@gmail.com.