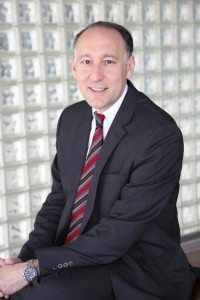 He plans to run against—and defeat Madeline Singas—in the September primary and move on to win the District Attorney election in November. Singas is acting DA, having been elevated to the role in January, when sitting DA Kathleen Rice was elected to Congress.

Scotto, who grew up in Port Washington and moved back eight years ago, has been a sole legal practitioner for the past two years. Before that he spent a year at Meyer, Suozzi, English and Klein in Garden City.

But the majority of his experience comes from the Manhattan DA’s office, where he spent 22 years in various positions. He was chief of the rackets bureau, which prosecutes organized crime, political corruption and terrorism. He was also chief of the labor racketeering unit, which investigates fraud in the construction industry. And he served as an assistant district attorney in the trial division, handling violent crimes, street crimes and sex offenders.

That experience tells him the Nassau DA’s office “really needs to be changed and I don’t think an insider can do that. The focus of the office is not on violent felony offenders—like burglars and rapists—and about one-third of people convicted of these crimes do not go to prison. They get probation, fines and conditional discharges.”

The Nassau DA’s office also “needs to continue to focus on gang activity,” Scotto said. “The murders we see in Hempstead are largely due to gang activity in the drug trade. I would systematically attack this activity by focusing on the crimes and dismantling the structure of the gangs. I don’t think this is being done by the current administration.”

Scotto would also reorganize the way the office prosecutes cases, going to a “vertical system,” where one assistant district attorney is assigned to the case from the beginning through the grand jury stage and ultimately the trial.

“The reason this is important is you don’t lose track of the case under this approach,” Scotto said. “The vertical system is used by the Manhattan DA’s office, which introduced it over 40 years ago.”

He would also start a “Crime Strategy” unit that would track criminal activity in the county and coordinate efforts among the various police agencies to attack crime.

Investigations into political corruption would be another area that would be beefed up. In the Manhattan DA’s office campaign finance filings are regularly reviewed to see where the money is coming from.

“Money fuels elections, so if you don’t keep an eye on it you’re missing an opportunity to see whether an elected official’s decisions may have been influenced by a contributor,” Scotto said.

In his spare time, Scotto said he likes to fish on Manhasset Bay, walk around Port and spend time with his wife Maria and children Natale, 17, Valentina, 15, and Michael, 12. 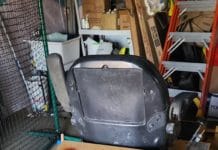