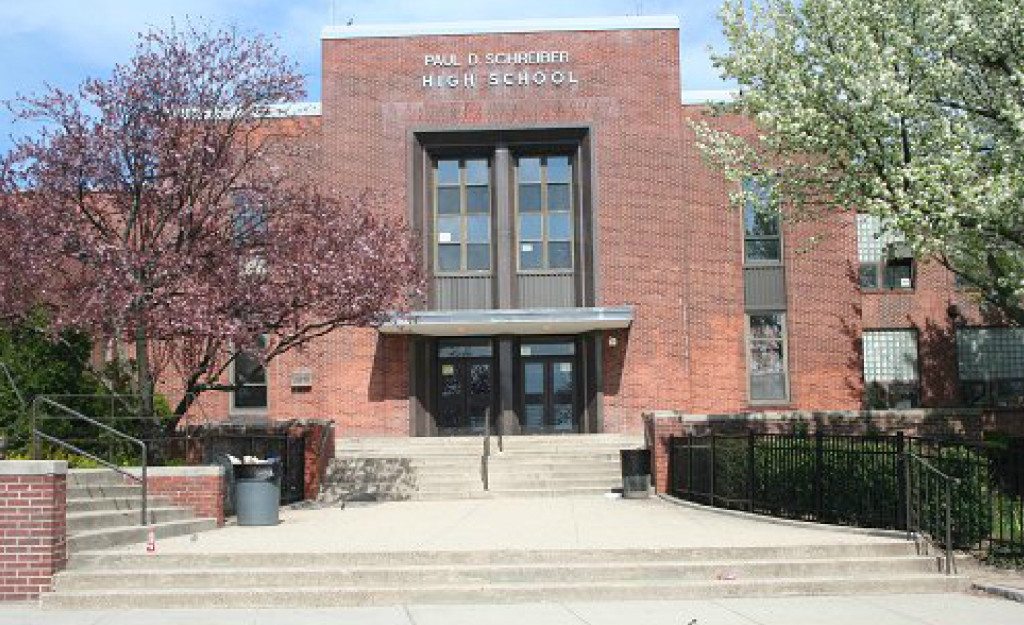 Once again U.S. News and World Report has named Paul D. Schreiber High School in Port Washington a top school in the state and nation. In the organization’s recently released 2018 rankings of the “Best High Schools in America,” Schreiber ranked number 33 in New York State and number 224 in the country, using data from approximately 20,500 public high schools in all 50 states and the District of Columbia.

“The Port Washington School District administration is proud that U.S. News and World Report has once again named Paul D. Schreiber High School one of the ‘Best High Schools in America,’” said Port Washington Superintendent of Schools Dr. Kathleen Mooney. “We are consistently among the upper echelon in the state and national ranking. I commend Principal Dr. Ira Pernick and his staff for their commitment to providing a challenging and rewarding experience for our students and their thorough attention to all facets of our students’ education and development.”

Schreiber was also awarded a gold medal in the ranking. Among the schools ranked, only the top 2 percent receive this award based on the highest college readiness scores.
Schools are ranked based on their performance on state-required tests and how well they prepare students for college. U.S. News and World Report factored into their methodology for this year’s ranking overall student performance on state-required tests, how effectively schools educated their disadvantaged students and graduation rates. Schools were also evaluated on how well they prepared students for college based on participation in and performance on Advanced Placement and International Baccalaureate exams.

Schreiber High School has an AP participation rate of 76 percent with a 92 percent AP passing rate and received a college readiness index of 71.9—all increases from last year’s ranking. The school also has a student proficiency rating of 96 and 94 percent in English and math, respectively, also improvements from the previous year. The school has a 95 percent graduation rate.

This year at Schreiber, 15 students earned medals at the Long Island and New York State Science and Engineering fairs, a team placed second in New York State finals of the National Economics Challenge, seven students were named National Merit semifinalists, a student was named a Regernon scholar for research, five students advanced to the semifinals of the Junior Science and Humanities competition, 19 students advanced to the second round of the LI Math Fair, two students placed high at the LI History Day competition while two others placed high at the LI Psychology Fair, one student was selected to present her research at multiple national conferences addressing climate change and another was chosen to present her work at a national conference on disease and mental health while her paper was accepted into a prestigious medical journal, 11 Schreiber student art works were named regional winners for the Scholastic Art and Writing Awards, five students were selected as participants or alternates for NYSSMA All-State Music Ensembles. Other notable Schreiber achievements included one Jurors Award-winning artist, another named a LI Scholar Artist, there were two student finalists in the 38th annual Photographer’s Forum College and High School Photography Contest, the school was named a “No Place for Hate” School by the Anti-Defamation League and there were five conference and league championships as well as a county and LI championship in girls tennis (spring results pending).

Schreiber High School has received high marks in past rankings of top high schools conducted by U.S. News and World Report, The Washington Post and the websites Niche.com and Finder.com.

“I am proud of this accomplishment and the consistent recognition of Schreiber as one of the finest schools in the nation,” Pernick said. “Our consistent appearance on this and other lists is indicative of our commitment to our students and their readiness for life after high school.”