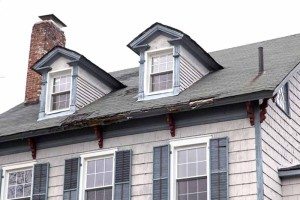 What started out as a very contentious meeting with anger directed at the Village trustees regarding the deterioration of the Baxter House, turned into a productive discussion with both sides stating that they wished for the same result: to ultimately save the Baxter House.

Even though there was nothing on the formal agenda regarding the Baxter House, about 50 residents showed up to share their concerns with the Village Board.

For approximately an hour and a half, the board fielded questions from the concerned citizens and answered every one. Not all questions were answered to the public’s liking, but after all the discussions, it was obvious that the board is working, against the tide, with the owner of the Baxter House to uphold the Landmark Law that is bestowed upon the house.

According to Village Attorney Chris Pryor, steps have been taken in the right direction by the owner, Sabrina Wu, and the village is expected to receive drawings and applications “soon.” No date was given, but Pryor was adamant that there would not be a second thought to pursuing further action against the owner if she did not comply within a sufficient time frame. Currently, Wu has two outstanding violations against her. One has to do with village Building Code and due to the village having to absorb the costs; the village does not wish to pursue that. Instead, the other violation is on the state level and the board would accelerate that, thus avoiding any added expenditure in legal fees.

Mayor Nora Haagenson admitted that perhaps the board had been “too patient”, but added that they “try to be fair to everyone and must follow a process.” She said that she would like to put the past behind and move forward in an amicable manner.

It was also revealed that the board had suggested that the Cow Neck Peninsula Historical Society (CNPHS) set up some sort of funding platform a while back and unfortunately, the CNPHS board responded that doing so was outside of their charter.

Bill Helmer, of High Street, indicated that a crowdfunding site is being set up and that he is looking into establishing a 501(C)(3) foundation to direct the funds raised. He is convinced that Wu’s strategy is to let the Baxter House decay and is looking for volunteers via the Save the Baxter House Facebook page, to help set the movement forward.

The community’s concerns that the home may be demolished were brought up and Pryor countered that by explaining that to demolish the home and rebuild it is not the most cost-effective way due to the Landmark designation. Wu would have to use materials from the time period and build an exact replica, if she chose to do so.

Baxter Estates resident Michael Scotto thinks that Wu’s current situation is self-created and therefor “cannot make a case, under the Historic Preservation Law, to allow her to demolish the house and then rebuild it.”

It was also revealed by Trustee Chris Ficalora that the board has recently toured the interior of the home and despite two locations of old damage and seepage, the inside of the home is in pretty solid condition.

By the end of the meeting, it was clear that sincere efforts to work with the owner of the Baxter House in order to preserve it are being made by Mayor Haagenson and the Village Board of Trustees. Members of the community ended the evening’s comments by agreeing to come together and take action by setting up funding sites for the Baxter House. The mayor and the board encouraged them to do so and thanked all for their interest in the historical landmark.