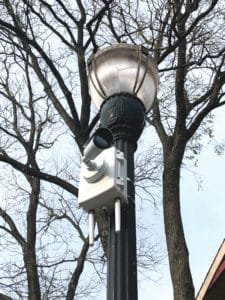 Rekor Watchman API is a web service, which analyzes images of vehicles and responds with license plate data, as well as vehicle color, make, model and body type. The software works with virtually any programming language on any operating system.

Rekor Watchman enables automatic license plate and vehicle recognition on any IP, traffic, or surveillance camera. The software can be installed on any computer, server, or Rekor Hub and helps to recognize license plates. The results are displayed on a web based interface which can be accessed from anywhere.

“We’re reinventing the vehicle recognition industry,” Charlie Degliomini, Rekor’s executive vice president of Government Relations and Corporate Communications said. “Up until this point, buying a camera usually cost somewhere between $15,000 to 25,000 per camera. We have acquired and enhanced the technology, which basically uses artificial intelligence and machine learning. [Through this software] we are able to do it better, faster, more efficiently and more economically. As opposed to Sands Point paying a lot of money for cameras under the old model, they are paying $199 per camera to help better protect their community.”

This advanced technology also has the ability to alert authorities of vehicles of interest in real-time and will also assist law enforcement by sending alerts for hot listed vehicles, locating stolen vehicles and aiding in crimes where vehicles have been involved.

“Not only are we reading the license plate, we are also looking at the vehicle,” Degliomini said. “We can tell what type of vehicle it is, its color and its make. Often times in police investigations or crimes that are committed, someone will get a look at the car, but they won’t know the license plate. Our software can identify the car via a search-able database. It’s all very cutting edge and very new. It gives that added advantage to any police department or law enforcement official.”

Along with this advanced technology, the system is attached through the National Crime Information Center (NCIC) through the offices of the police department at Sands Point. The NCIC has been called the lifeline of law enforcement—an electronic clearinghouse of crime data that can be tapped into by virtually every criminal justice agency nationwide. This database helps criminal justice professionals apprehend fugitives, locate missing persons, recover stolen property and even identify terrorists. It also assists law enforcement officers in performing their duties more safely and provides information necessary to protect the public, the NCIC website states. Criminal justice agencies are able to enter records into NCIC that are accessible to law enforcement agencies nationwide. For example, a law enforcement officer can search NCIC during a traffic stop to determine if the vehicle in question is stolen or if the driver is wanted by law enforcement and the system will respond instantly.

As part of Rekor’s system, the Sands Point PD is also apart of the Public Safety Network, which allows any state or local law enforcement agency that participates access to real-time data. This data has been used nationwide and has helped officers solve crimes, locate cars or track down a missing person.

“If, for example someone in Sands Point is looking for a specific make and model of a car, everybody who is using our technology can then share that information amongst themselves, in addition to the NCIC,” Degliomini said.

According to Peter Forman, Deputy Mayor and Chief Police Commissioner of the Village of Sands Point, “Not only did we recently upgrade all of our license plate recognition systems (LPR) to the newest technology—and at a cost savings—but, in fact, we increased the number of locations being covered. We are also excited that we will soon have a mobile patrol car-based LPR and look forward to seeing its benefits compared to the fixed units.”

Sands Point Chief of Police, Tom Ruehle, added Sands Point’s LPR systems “recently contributed to the apprehension of members of a burglary ring that had been operating across the North Shore.”

Rekor’s systems are active in police departments and law enforcement agencies all across New York State, throughout the United States and in more than 70 different international countries.

“It’s an honor for us to be working at Sands Point,” Degliomini said. “This cutting-edge innovative technology actually replaced the system that was put in not that long ago but wasn’t working as well as they had wanted it to. We are proud to be working there, it’s a great part of Long Island and we always feel good about being able to protect people’s lives and property whenever we can.” 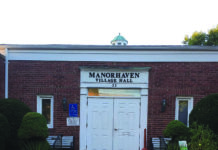 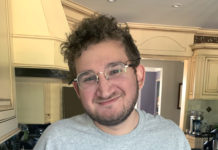 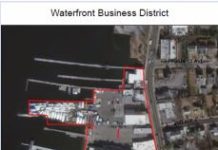 Regarding the Swastikas found At The PAL