It has been four years since Yannick Piart and his family purchased their catamaran in France. The 46’ Soubise Freydis, named Andanza, which Piart says is a play on the word adventures in Spanish, was built in France in 2005. It has carried Yannick, his wife Clothilde and two kids Nils and Clemence, 10 and six on all of their adventures.

The family of four left from France, their home country, in August of 2019 with a path in mind but no set destinations.

“You’re moving, and you’re with your family and you’re sharing that with them,” Clothilde said.

Since their departure, they have sailed in Northern Europe, most specifically, France and Norway, from which they are mostly from, crossed the Atlantic Ocean, and explored many islands in the Caribbean all on their way to the states. In total, they have visited 11 countries in a year and sailed approximately 8,000 nautical miles. They are currently anchored in the Manhasset Bay Marina but plan on cruising indefinitely.

Piart had a long career in the air as a French Navy pilot before he switched his passion to the sea. He joined the Navy in 1998 with hopes of being a jet pilot and went on to fly jets called Rafales. He ended his career as a pilot instructor in the United States and retired from the Navy in 2016 after 18 years as a pilot. Afterward, he went on to write a book called La Pointe du Diamant focusing on the events that took place during the French military intervention in Libya in 2011. The idea for their traveling came from numerous books and Youtube videos.

“I wrote this book to tell people about our day to day operations,” Piart said. “I was looking for something that would be compatible with the family that also has an adventurous side.”
Their catamaran is decked out with solar panels, which makes them energy sufficient and the boat is also equipped to make its own freshwater using a special filter system. Moving from land to sea is a big adjustment, especially for a family of four with young kids. The Piart’s homeschool their children and go food shopping whenever they can.

“Time is different on a boat,” Clothilde said. “You have to adapt and not have a schedule like everyone else.”

Along with scheduling differences, the family also cites movement as one of the biggest adjustments to living on a boat full time.

“Seasickness,” Nils said. “I used to get sick when we were on the Atlantic and now my body knows we’re moving and we’re on a boat.”

In terms of advice to anyone that wants to try this lifestyle the Piart’s has some ideas.

“Learn how to fix your boat,” said Piart.

“Trust yourself,” Clothilde said. “You’re able to do anything and you’re able to learn a lot.”
Follow the Piart family adventures by watching their Youtube channel, Sailing Andanza.

-Mallory Wilson is a contributing writer for Anton Media Group 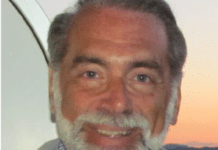 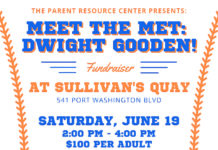