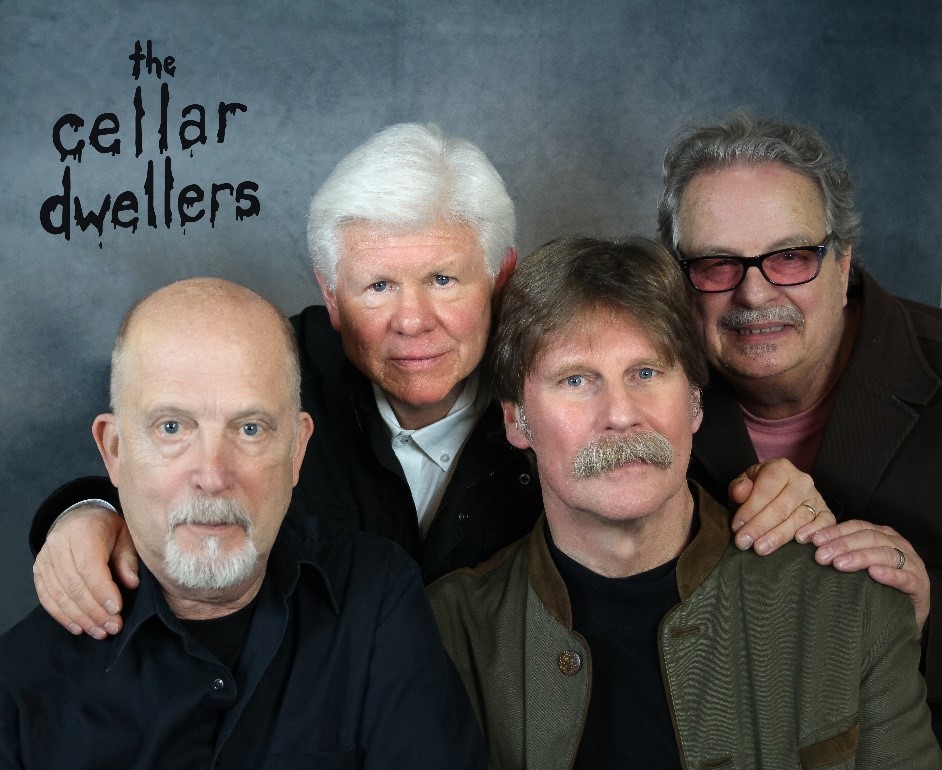 After more than a half century, Port band comes together to celebrate Schreiber class reunion

The Paul D. Schreiber Class of ’69 is in for a rockin’ good time on July 13 when it celebrates its 50th reunion. That’s because one of Port’s most popular bands during the 1960s—The Cellar Dwellers—will reunite to perform the big hits of the era for its fellow classmates, some 54 years after playing its first note of music together.

“But don’t call us the Rusty Rockers or the Early-Bird Specials,” says rhythm guitarist and vocalist Doug Gallagher. “We’re feeling and sounding better than ever, ready to rattle the rafters for every classmate who can stay awake past dinner.” 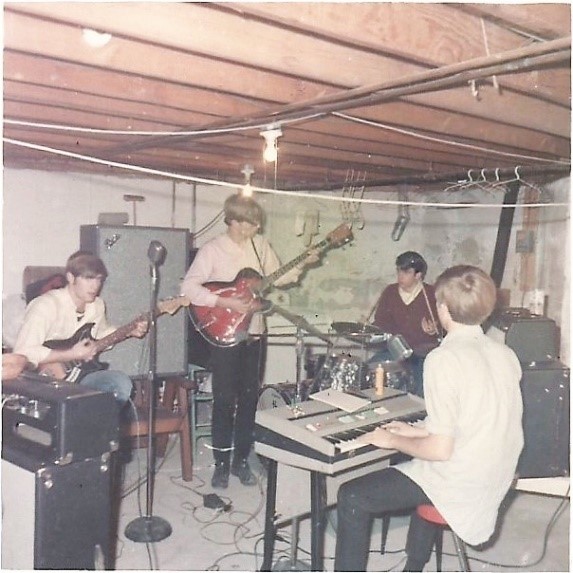 From the beginning, they really did dwell in a cellar.

On the day after Thanksgiving 1965 four Port Washington teenagers huddled in the basement of their drummer’s parents’ house with hopes of starting a band.
Like millions of teenagers around the world, they had fallen under the spell of The Beatles, who, less than two years earlier, had made their earth-shattering debut on the Ed Sullivan Show. Equipped with guitar, bass, organ, drums and a giant collective dream, the boys set out that day to learn a few Beatles songs with hopes of someday performing them in front of an audience, just like their mop-topped idols.

Since they were starting up in a basement, and knowing that the Beatles got their start in a sweaty, cavernous club in Liverpool, England, the boys decided to call themselves The Cellar Dwellers. The band comprised then-Schreiber sophomores Doug Wood and Paul Brokaw, Schreiber junior Paul Leary and Manhasset High sophomore Steve Witherspoon.
In between classes, homework, exams and after-school activities, the budding musicians practiced and practiced with tremendous enthusiasm, commitment and drive. Along the way, they discovered they had great camaraderie and a lot more talent than they initially thought. They felt ready to emerge from the basement.

Furnished with a short list of popular tunes, the boys were a big hit at their first job at Sousa Junior High. 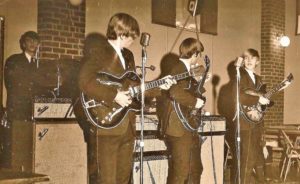 Their repertoire quickly expanded to include the biggest hit songs of the day and, soon, the Cellar Dwellers were getting more offers to perform than they could fulfill. Not a weekend went by that the band wasn’t booked at a dance, party or private event at a range of venues in and around Port Washington. The reason for this popularity? They were good. Very good! And the Port News took notice. 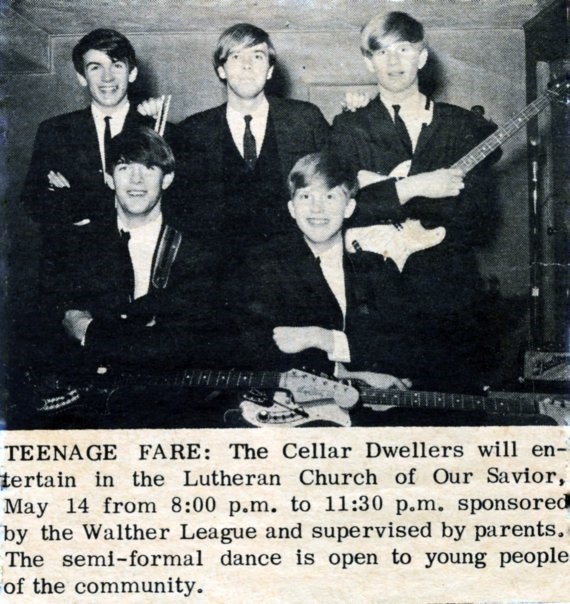 By mid-1966, the band’s musical skills had vastly improved and their repertoire grew richer and more diverse. While they were having a blast performing locally, they had developed the chops for bigger, higher-profile gigs. The Cellar Dwellers signed on with a new manager named Gus Potter, a youth services director who ran a range of summer job and youth counseling programs out of a basement office in Manhasset.

“Gus was one of the kindest, hardest-working guys on the planet,” recalls keyboardist Paul Brokaw. ”He devoted a lot of his spare time reaching out beyond our area to book us into places we could never have arranged ourselves.” 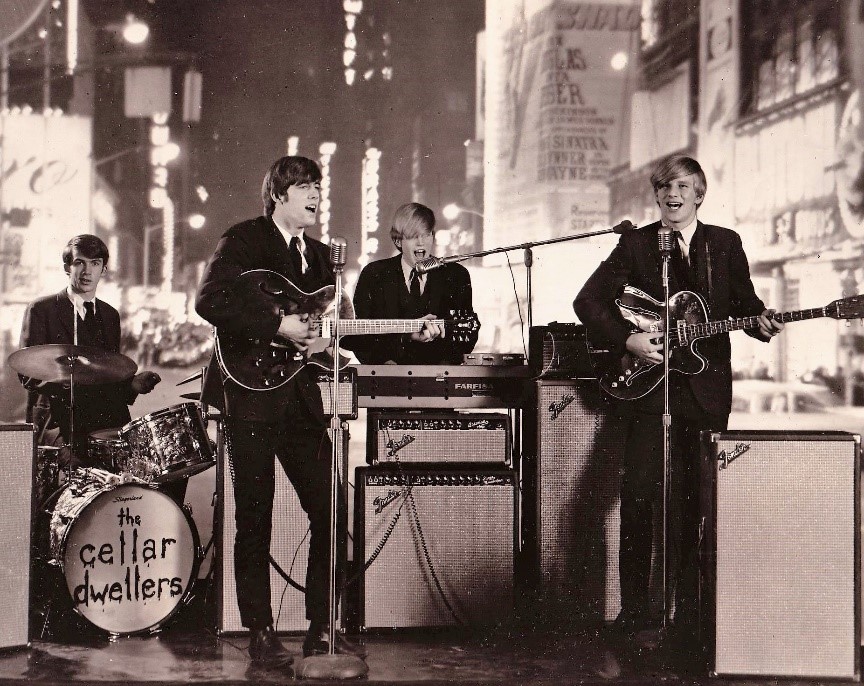 One such venue was The World, a huge multimedia experience inside a renovated airplane hangar at Roosevelt Field. The World’s creator/owner was famed New York disc jockey Murray the K, who dubbed it the first-ever discotheque. It featured live and recorded music while slides and film were projected onto the crowd. Many of the top music acts of the day performed there, including The Young Rascals, The Hollies, Del Shannon, The Isley Brothers, and Mitch Ryder and the Detroit Wheels. The World was publicized in Life magazine in May 1966 and five months later the Cellar Dwellers were booked to perform there. 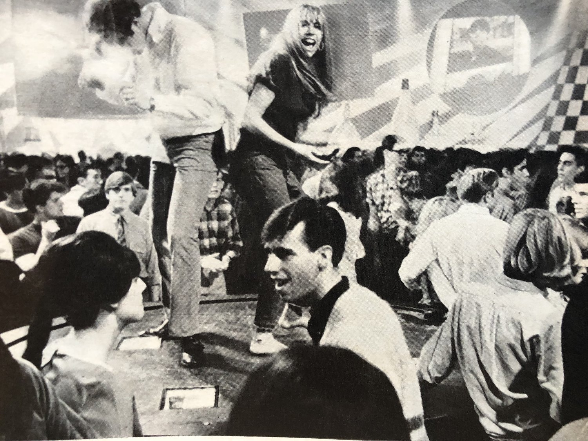 “It was a huge deal for us,” recalled bassist Paul Leary. “As it turned out, we were the warm-up band for the warm-up band for the Shangri-La’s.” But being last on the bill didn’t matter, he explains. “This was the big time; this was our Ed Sullivan moment.” Adding to the fun, a chartered bus transported more than 50 Schreiber students to The World to cheer on their hometown band. A Schreiber teacher, along with a friend of the band, arranged to have buttons made that said I’m C.D. Approved which all the students wore. And the following week, the Port News covered it. 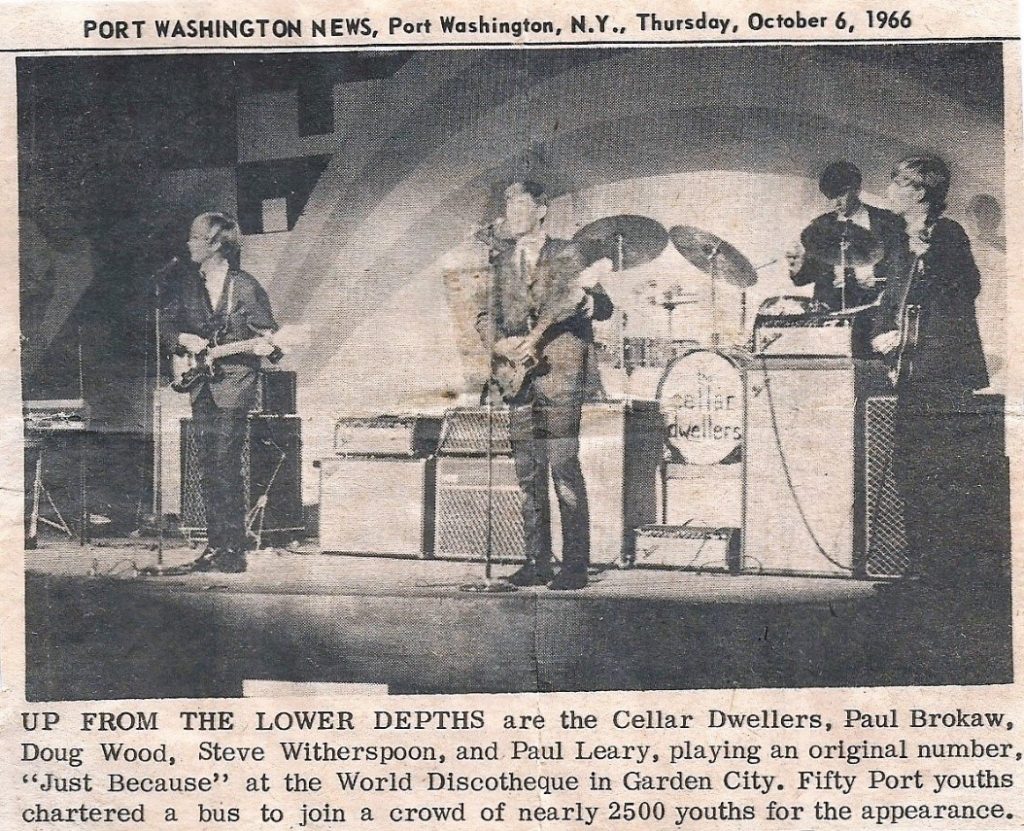 Big changes came to the Cellar Dwellers in the spring of 1967. At the height of the band’s success, its leader and co-founder Doug Wood was selected for a student exchange program. He would be heading to Luxembourg for the summer and the band needed a replacement.

“We had gigs lined up for the summer, and we needed to find the right player fast,” recalled Wood. “So we launched a formal recruitment process with the goal of having a good player selected, up to spec and ready to play before I departed for Europe.”
The first step was to place one of the band’s publicity photos in the window of Carnel’s stationery store on the corner of Campus Drive. The photo showed a red circle around Doug Wood’s head with the caption this could be you. Under the photo were instructions on how to apply for an audition.

Walking home from school one afternoon Schreiber sophomore Doug Gallagher saw the ad in Carnel’s window and was immediately fired up. He had already played in a band with some of his grade-school friends at St. Peter’s and found the idea of joining a much better band very exciting. He ran home and called to request an audition.

“They mailed me a list of some of the Cellar Dwellers’ favorite tunes and I was instructed to be ready to play at my audition the following Saturday,” Gallagher explains. “I purchased the records and practiced like crazy, over and over.”

The audition was held in Wood’s living room under the watchful eye of the whole band and its manager. When the audition was over, Gallagher was told he had the job.

“I guess I did OK because they hired me on the spot,” said Gallagher. 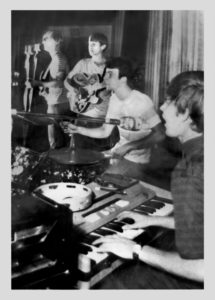 “Doug was a perfect fit,” recalled Wood. “He knew nearly our entire repertoire, he played the guitar very well and had a great singing voice. Plus, he had a great sense of humor and I knew the band wasn’t going to miss a beat!”

Wood left for Luxembourg, and the new CDs were born.

A couple of days before Gallagher joined the band, the Beatles released Sergeant Pepper’s Lonely Hearts Club Band, the album that changed rock music and popular culture forever. The Cellar Dwellers knew they had to adjust by playing less of the radio hit tunes of the day and opting for more of the heavier, album-oriented music coming into the mainstream. Songs by artists such as The Doors, Santana, Jimi Hendrix, Cream, The Vanilla Fudge and others became integral to the band’s set list. With the changing music came a whole new look for the band, as well. 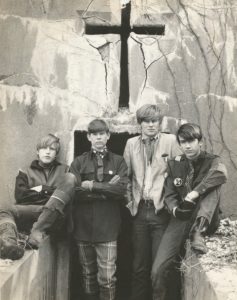 Through 1967 and into 1968 the gigs kept coming, the band was busier than ever and they even started composing and recording some original material. But suddenly, the Cellar Dwellers were halted by a major roadblock—college. Both Brokaw and drummer Steve Witherspoon would soon head off to far-away lands of higher learning and the band knew a breakup was inevitable.

“Ironically,” said Leary, “our last gig was a day in the recording studio laying down tracks for two original songs. But it just wasn’t to be.”

“Looking back, my two years with the Cellar Dweller was one of the highlights of my young life,” said Gallagher. “The relationships, in the end, are what mattered most. That’s why after more than a half century, I am so excited to be joining my former bandmates to perform at our 50th reunion. And I hope my classmates are dusting off their dancing shoes.” 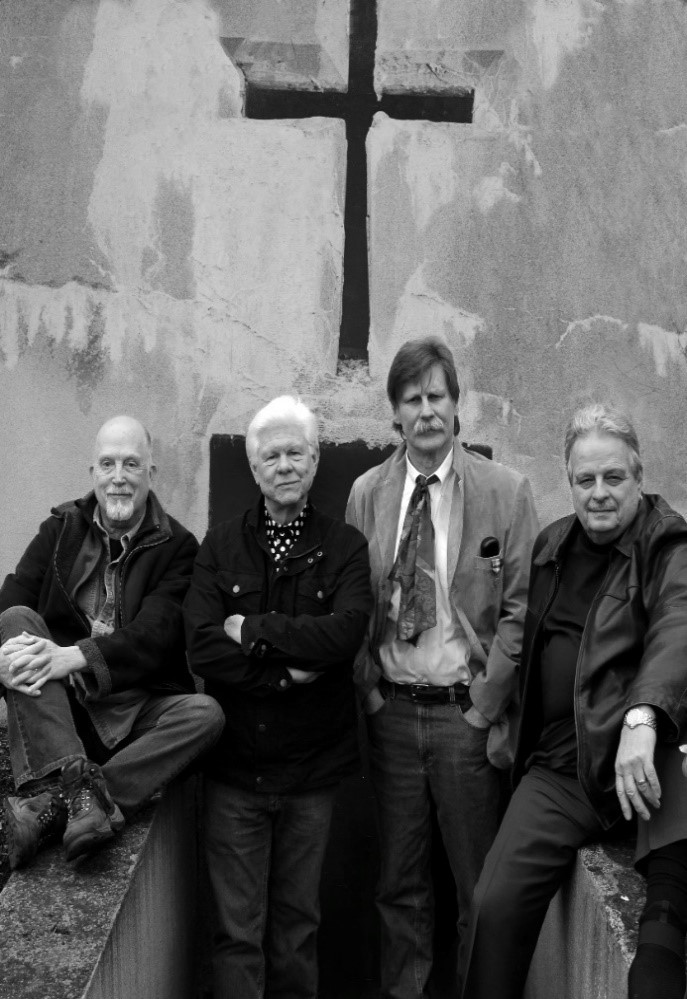 Though attendance at the Schreiber 50th reunion is reserved for Class of ’69 members and their spouses/guests, the Cellar Dwellers will be performing at a public venue this summer. Friends, family and kids young & old are invited to enjoy some great live music from the 60s and early 70s. Here are the details: