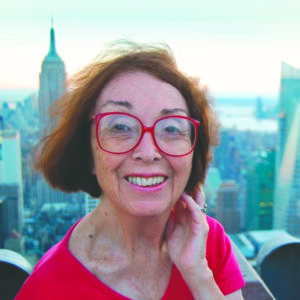 A valued member of the Port Washington community, Veronica Campaniello passed away on Oct. 14 at the age of 92.

Campaniello was born in 1927 in Flushing, New York and was the only child of Joseph and Rose Duffy Gees. She grew up in the town of Huntington, but later moved to Hershey, PA when her father became the executive chef at the Hotel Hershey. In her early 20s, Campaniello moved to Switzerland to learn German and become closer with her relatives. She lived with her aunt Anna in Klosters, the birthplace of her father. The small Swiss town helped Campaniello to develop a strong appreciation for her heritage and for her love of skiing. She later moved to Paris, where she attended university and fell in love, describing this as one of the happiest times in her life.

Campaniello eventually returned to the United States. She attended night classes at New York University, while she worked during the day as a marketing analyst for Squibb Pharmaceuticals. She later went on to obtain a MBA from NYC and to this day stands out in her graduating class as one of three women in a class of 60.

In the 1960s, Campaniello enjoyed traveling with friends. She often took ski trips to New England and spent her weekends in the summer visiting the Hamptons or the Jersey Shore. In 1965, during one of these trips she met her future husband Al, at a tennis resort in Spring Lake, NJ.

In 2016-17, Campaniello wrote a number of columns entitled “Past Port” for the Port Washington News. Her columns detailed the historical past of various places in Port Washington, such as the Sands Point Hotel, the Guggenheim Estate, Baxter Estates, Beacon Hill, among others. Campaniello was able to live out her dream of becoming a journalist, contributing with the column often at the age of 85. Her son Edward stated that he would “brag incessantly” to his friends regarding his mother’s column and her ability to always achieve her dreams. He said through her work in real estate and in the columns she wrote, that she really expressed her love and appreciation for the “grand estates that grace the North Shore, their history, the fairytale like stories surrounding them. There was a child like curiosity that mirrors what we see in so many photos of her as a child, looking up to the sky in wonder.”

Her sons recalled countless memories of spending time with their mother. From road trips to spending time one-on-one with her during the holidays or on weekends.
When word got out that Campaniello was ill, her sons opened up their home to members of the Port Washington community, so those who wanted to say goodbye would be able to do so.

David really stressed how there was a “great length of community support,” when members of the community learned his mother was ill. He said that hearing stories and reflections about how much his mother meant to the community has helped to heal him during these difficult times.

“It was an experience I don’t think a lot of people get in death,” Dave said about his mother’s passing. “We tend to not be fully honest with the people around us, in hopes of saving them the suffering. We told everyone and they came to say goodbye. I think being part of that experience was a really important thing.”

Her son Edward concluded his eulogy by saying, “I’ll always be proud of my mom, I’ll always brag about her if given the chance. I’ll always miss and pray for her.” 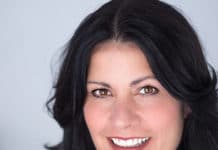