The Rybecky Memorial is named after a longtime PYA volunteer coach, officer, director and Hall-of-Famer who passed away some years ago. An avid golfer who introduced the game to his four sons, Rybecky’s love for the game and the youth of Port Washington embodies the fun of the festive event that bears his name.

82 golfers and more than 100 sponsors led the way to PYA’s largest fundraising event. PYA and The Village Club ensured that in the COVID-19 era, all proper precautions and social distancing were followed, and a good, fun round of golf and the awards dinner were enjoyed by all.

The golfers were treated to an exciting chipping contest run by PYA director Jimmy Cosolito and competitive longest drive, “beat the pro” (featuring Al Levenger) and the ever-present “closest to the pin” challenges.

Scoring and golf skills category winners were as follows:

At the conclusion of the 18-hole tournament, all golfers remained outdoors at The Village Club for the dinner and prize portion of the outing. The camaraderie of the day was enhanced not only by the fine dining facilities, but also the fabulous awards, raffles and silent auctions. These included consumer electronics, golf equipment and gift certificates for local restaurants and golf foursomes at prestigious private clubs on Long Island.

In his summary of the results of another job well done by the PYA Golf Committee, Chairman Nick DeMeo Sr. thanked not only the participants, sponsors and staff of The Village Club, but in addition gave special mention to Connie O’Reilly of Finn MacCool’s, who sponsored “Connie’s Corner”, the sixth hole beverage service. DeMeo also praised the Village Club for once again hosting the well-run tournament.

“Today was another success with the consideration, promotional efforts, enthusiasm and overall terrific job put forth by the golf, pro shop and dining staff at the Village Club,” DeMeo said. “We look forward to another great time next year as we mark our calendars for the 24th Annual PYA Golf Classic on Columbus Day, Oct. 11, 2021.”

DeMeo wrapped up the evening by recommending all to “Book your foursomes now.”
PYA is a nonprofit Better Business Bureau Approved Charitable Organization whose purpose is to promote the exemplary development of local youth through the participation in sport. PYA teaches teamwork and individual responsibility in an atmosphere of respect and sportsmanship. While PYA places emphasis on the development of sports skills, its primary mission is to develop character and an understanding of how participation in sporting events can prepare one for success in all endeavors.

For more information about the PYA, visit www.pyasports.org.

—Submitted by the PYA 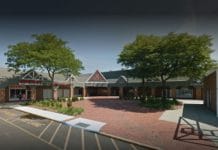 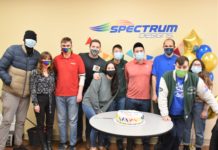