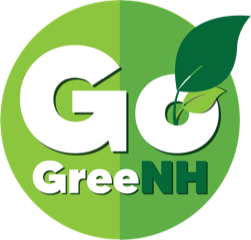 The Town of North Hempstead’s Climate Smart Community (CSC) Task Force is currently working on their application to be certified as a New York State Climate Smart Community. On Tuesday, Jan. 11, the task force held a virtual meeting to discuss their plans and progress towards completing their application.
Meagan Fastuca, the Climate Smart Community Task Force Coordinator and Environmental Specialist for the town, led the CSC task force meeting. The meeting was held to provide “updates on [their] progress in Climate Smart Community actions,” said Fastuca.
Becoming a certified Climate Smart Community is a lengthy process, but there are great benefits to the community’s environment and economy. According to the Climate Start Community website, “the New York State program helps local governments take action to reduce greenhouse gas emissions and adapt to a changing climate.” The website detailed that the “program offers free technical assistance, grants and rebates for electric cars” to the certified Climate Smart Communities.
There are many requirements and projects to complete to become a Climate Smart Community, including registering and taking a pledge. The CSC program comprises over 100 actions for which a community can earn points towards being certified. North Hempstead’s CSC task force currently has 115 points out of 120 points needed to submit their application.
In addition to the point earning actions, there are mandatory and priority actions to complete before submitting the application. The town’s CSC task force has three priority actions to complete before submitting: a greenhouse gas inventory, a public engagement plan and a climate action plan, “which are all in the works,” said Fastuca.
The greenhouse gas inventory of North Hempstead is still in the process of having data entered. The task force has decided to use inventory on 2019 rather than 2020 because the energy use in 2019 is more reflective of the normal energy use pre-COVID-19.
Mindy Germain, a consultant with Eco-Leap who is working with the town on their climate action plan, explained the task force’s work on their public engagement plan. The plan consists of six different parts: a survey of residents’ concerns, a Climate Stories workshop, growing the stakeholder list, a social media campaign, a climate action webpage and public events.
“The short survey is to gain a baseline understanding of the concerns and priorities of residents that live within the town as it relates to climate change,” said Germain. “The town is collaborating with the New York Institute of Technology and several of their professors to create this survey. Then in a few years [they] plan to repeat the survey to monitor progress.”
The climate story workshop part of the public engagement plan is taking place virtually on Zoom on Wednesday, Jan. 26 at 6:30 p.m. According to a press release on the event sent out by the Town of North Hempstead, “the town will be sponsoring the free climate storytelling workshop to examine what we care about most in our community, how it is threatened by climate change and how we can work together to create a positive path forward.” 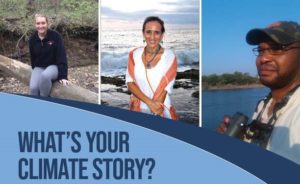 “Some of us may recount dramatic events such as floods, or we may discuss how climate change is forcing our communities to adapt to extreme weather and sea level rises or we may speak about how we are getting involved in movements to build more resilient futures. There is no ‘right’ way to talk about climate change,” stated Jason Davis, founder and director of The Climate Stories Project.
“We are proud to engage the community in this important discussion, linking the Town of North Hempstead with areas around the globe that are working to adapt and thrive with a changing climate,” stated the town’s Climate Smart Communities Task Force. “The workshop will provide a brief introduction to climate change. [The] goal is to have broad participation from families, educators, students, civics, religious organizations and local businesses across the town.”
After the Climate Stories workshop, the CSC task force subcommittee called Drive Electric LI will be focusing on their Transportation Innovation Series. Transportation is a major part of greenhouse gas emissions, consisting of 30 percent of greenhouse gases on Long Island. The task force finds the Transportation Innovation Series to be an important outreach program.
Rosemary Mascali, a task force member and chair of the Drive Electric LI education and outreach subcommittee, explained the three areas the series plans to focus on. “First is building awareness around transit options, such as the bus and train,” said Mascali. “Session one will be on Feb. 16 at 7 p.m. and will be virtual. It is called ‘Don’t Drive Yourself Crazy’ and will be facilitated by Transit Solutions, which is a group that promotes transit on Long Island. Participants will learn about extensive green mobility options in the town. Including the LIRR, buses, shuttles and other power transit options through a fun game of bingo.”
“The second area focuses on active transportation to encourage more walking and biking, which not only has greenhouse gas benefits but also has health benefits and downtown revitalization benefits,” said Mascali. “The third area will be focusing on electric vehicles. On Long Island 75 percent of people drive alone to work. Regardless of what [the group] does in promoting public transit and active transit options, a significant piece to reducing greenhouse gases is in getting people to convert to electric cars.” The second and third areas of focus will be having their own events coming up in March and April to bring transit awareness and education to the community.
Additional information the task force touched on in the virtual meeting included their Inorganic Management Plan and recycling education. “The Inorganic Management Plan is one of the CSC actions,” said Fastuca. The task force “decided that [they] would focus the plan on education and outreach strategies for source reduction of food waste and also feeding hungry people.”
Using social media platforms, the task force hope to provide info-graphics and tips on how “consumers can prevent food waste, which would include doing things like smart shopping and smart storage.”
The commissioner of Solid Waste Management for the town, Mike Kelly, gave a presentation on what is recycled, what isn’t recycled and the recycling process of the town. A popular misconception surrounding the Town’s recycling process is that everything can be sorted at the transfer station where recyclables are taken to. Kelly made the point to say that is not true. Putting all the recyclables into the same can to be sorted out later is called single stream recycling, which is not practiced in North Hempstead.
“Recyclables have to come sorted between co-mingling recyclables and paper recyclables,” said Kelly. To learn more about the recycling do’s and don’ts, visit the North Hempstead government website and read the recycling information pamphlet under the Solid Waste Management Authority section.
The CSC task force for North Hempstead has a lot of plans and events in motion to bring about climate awareness and further the community’s progress toward becoming a certified Climate Smart Community. The next application submission for the CSC certification is in April. The CSC task force is going to “keep working and see how things go” to hopefully submit the application in April, said Fastuca.
To register for the CSC events and learn more about what the task force is doing for the community, visit northhempsteadny.gov/ClimateAction