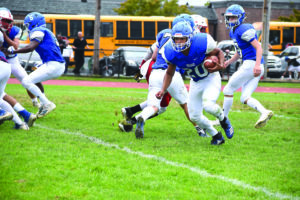 On Monday, Aug. 24, Governor Andrew Cuomo made his long-awaited statement regarding the status of high school sports for the 2020-21 school year. He announced that “low-risk sports” such as soccer, field hockey and tennis, can begin practice and play on Sept. 21, no matter what region of the state they were located in. “High-risk sports” including football, ice hockey and wrestling, would be able to practice beginning on Sept. 21, but will not be allowed to play games until further notice.

Student athletes were thrilled, as they thought now there would be no stopping their sports seasons. However, the New York Council of School Superintendents was not on board with Cuomo’s plan. On Aug. 26, they wrote a letter to the Governor, expressing their belief that it would be unsafe for sports to begin on Sept. 21, and that the season should be postponed until 2021.

“The guidance said, if you want to do high school sports – this is how you can do it,” Cuomo said. “If you don’t want to do high school sports, don’t do it.”
That same day, the Superintendent’s Board of Section VIII, represented by a group of seven district superintendents, had a conference to examine the safest possible options for Nassau County, in regards to the Governor’s announcement. They quickly, and unanimously, decided that starting sports for their schools in September was not a viable option during the ongoing pandemic. Their current intention is to begin their sports season on Jan. 4, 2021, and play all three seasons through the rest of the school year after taking a look into the data from the first four months of the school year. However, the superintendents plan to examine the infection data from the first few weeks of school, and may revisit their decision. The hope is that by the end of 2020, or even earlier, the danger of COVID-19 will have decreased, or a treatment or vaccine will be in circulation.

“We know this will be a very unpopular decision,” Nassau sports executive director Pat Pizzarelli said. “But this is the only one we can make at this time.”

The logistical side of fitting in three sports seasons is certainly a valid concern among student athletes, but it seems that Port Washington’s Superintendent and Athletic Director have already begun to formulate a plan.

“All three seasons will fit over six months,” Stephanie Joannon, the Port Washington Athletic Director said. “January through February will be our winter season, March through April will be fall, and May to June will be the spring season. Each season will be eight to ten weeks, and end at a championship, either for the county or even just the conference. We want to give athletes a full complement of games, especially after many missed out this past spring.”

The timing and length of the season will not be the only thing out of the ordinary for student athletes. There are a myriad of rules and regulations that force athletes and coaches to adjust the way they practice and play to minimize the risk of contracting COVID-19.

“The whole rationale of delaying the season is to see the data on infection rates in our school, to see if schools can remain open, and then we have to get guidance from the NYSED on how we can safely have sports,” Joannon said. “We currently are not allowed to share equipment, use locker rooms, and can’t have groups above ten people, have student sections, and right now there can only be two spectators per participant, so we really can’t play sports as we know them right now. If by January, some of these restrictions are lifted, we hope to have sports in a close to normal way.”

As we approach the beginning of the 2020-21 school year, all of Port Washington needs to do their best to stay safe, and keep others safe. For our schools to be able to participate in sports, we all have to protect one another and be mindful of the many guidelines to help stop the spread of COVID-19.

“My message for the student athletes is to stay positive and be the leaders in the school and community,” Joannon said. “Be the leaders in how to stop the spread, and we will get on the fields sooner.”

On Sept. 9, the New York State Public High School Athletic Association (NYSPHSAA) announced that after careful review of COVID-19 data and speaking with hundreds of athletic directors, that the football, volleyball, and competitive cheerleading seasons are postponed until March 1, 2021. These seasons are normally in the fall, but they are considered in the high risk category. To account for the March 1 start date of what is being called “Fall Sports Season II,” the official beginning of the spring season will be pushed back from March 15. 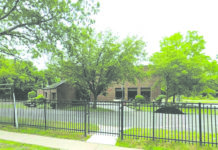