Never before in history has April’s Child Abuse Prevention Month had more meaning as millions of children around the US are at heightened risk of abuse, neglect, exploitation and human trafficking recruitment amidst containment at home because of COVID-19 threat and increased internet usage.

News reports warn that COVID-19 has left many children and young adults more vulnerable to violence and psychosocial distress. Additionally, measures are needed to address vulnerabilities of women and girls who are at-risk of sexual exploitation and abuse.

Four Port Washington professionals teamed for the past few months to help develop and produce a groundbreaking series of highly creative multimedia public service announcements (PSA’s) called “Once Upon a Crime” that launched this week and will target young Americans and raise awareness of the signs of sex trafficking. The PSA series debuts thanks to the The Selah Way Foundation – a national network of leading anti-sex trafficking service providers dedicated to eradicating this issue. Launched out of the success of Selah Freedom, “Once Upon a Crime” is the creative genius of New York City-based Seiden Advertising led by Port Washington resident Dr. Susan Small-Weil, psychologist and co-founder of Seiden Advertisement adds, “We applaud the efforts of The Selah Way Foundation and are grateful to be able to partner with them. Sadly, a large part of the sex trafficking industry involves the abuse of young girls. Our idea was to approach this issue by using a series of fairytale rhymes reflecting the “Cinderella Stories” all girls grow up hearing. Our goal is to create broad awareness to ensure that everyone – including young girls who are potential victims – are educated on this issue.”

Andrea Mastrocinque-Martone, a life-long Port Washington resident and former editor-in chief of The Port Washington News says “As Director of Communication for Selah Freedom & The Selah Way Foundation, “1 out of 10 young lives are sexually abused in America typically by someone they know and should be able to trust. Selah Freedom and The Selah Way Foundation have learned through our experience working with girls, this is a vehicle leading to the recruitment in the sex trade in America. Now, with the country being quarantined, the crisis is at a breaking point and we hope these series of PSA’s will prevent sexual exploitation and raise awareness nationally of this second pandemic, child abuse and sex trafficking.”

The PSA’s are a series of audio, tv and print “storybooks” that, while they read like a fairy tale, instead reveal a dark reality: A retelling of how ‘Romeos’ manipulate girls by preying on their desires and insecurities. Just as these girls are initially promised a fairy tale, each book begins by doing the same to the reader – telling the tale through a lyrical child-like rhyme. Once Upon a Crime is adapted as a :30 and 1-minute TV ad as well as :30 and 1-minute radio ad, with a strong social media push. Port resident and actor Laura Leigh Carroll did the voice over for the PSA radio spots. The TV adaptation of “Once Upon a Crime” was produced by Dreambear – a contemporary production company and animation studio based in Brooklyn, New York. David Gelb is a former Port Washington resident and graduate of the Port schools (like Martone and Carroll).

The Once Upon A Crime public service announcement series is bringing light to the dangerous ways two million children each year are sold for sex. The storybook series – as seen on TV, in print, social media and radio – is a series of multimedia fairytales that, while they read like your normal fairy tale, instead reveal a dark reality: A retelling of how sex traffickers or “Romeos” manipulate many girls by preying on their desires and insecurities. Just as these girls are initially promised a fairy tale, each book begins by doing the same to the reader – telling the tale through a lyrical child-like rhyme. What starts innocently enough, soon reveals the brutal and grim twist these girls experience.

With your help, we can end stories like these and rewrite the future for future generations. For more information and to download copies of the PSA visit: www.OnceUponaCrime.org. Anyone who suspects signs of sex trafficking and victims in need of help can call our intake # at: 1-888-8-FREE-ME (888-837-3363). Visit http://www.TheSelahWay.org or contact Andrea Mastrocinque-Martone @ Andrea@theselahway.org 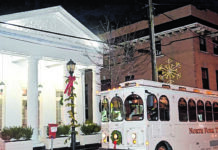