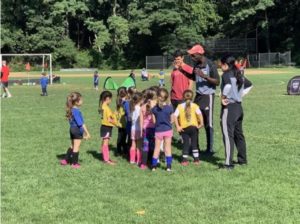 Due to the coronavirus pandemic, restaurants and local businesses have taken a severe financial hit. Among that list is the Port Washington Soccer Club (PWSC). The Port Washington nonprofit soccer club had to put a halt to the spring season this year due to COVID-19, leaving trainers and coaches without a job for the spring 2020 season.

“After you choose to donate, half of your donation will go towards the coaches and the other half will go to the trainers at a pro rate.” Paul Lucas, a board member of PWSC, said.
On top of the fund set up by PWSC, trainers from the club voluntarily hosted Zoom training classes two times a week since the beginning of March for club members as they try to
stay healthy and active during quarantine.

“To me that’s amazing, the amount of generosity from the community and to give back to the families is amazing.” Lucas said.

Not only does this set an example for the community, but also teaches children a life lesson as PWSC was set up to give back to the community of Port Washington.

“This creates an example for kids with a sense of belonging with families and giving Back,” Lucas said. “We are here for the long term.”

The teams normally play on the fields in the Town of North Hempstead. Permits are required to play on these fields, therefore leaving them vacant until state orders allow teams to play there again. As New York state begins to open under a progression of phases, outdoor sports will not reopen until phase 4 at the minimum.

“We are willing to social distance and follow all necessary precautions to re-open the league.” Lucas said.

According to Lucas, the Port Washington Soccer Club is continuing to follow state rules and guidelines and has no plans to re-ope until they are given permission from New York State.

—Travis Fortounas is a contributing writer for Anton Media Group 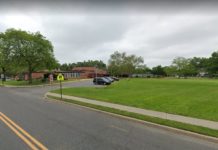