This column usually concentrates mainly on activity on the water. But what about those who don’t own a boat or have the desire to be on the water? Well, we are very fortunate to have a beautiful waterfront trail in the Village of Port Washington North called the Bay Walk. Did you know that a walk in the park might soothe the mind and, in the process, change the workings of our brains in ways that improve our mental health? This is according to an interesting new study of the physical effects on the brain when visiting nature.

Even when we live in the leafy environment of our peninsulas, we spend far less time outside in green, natural spaces than people did several generations ago. The result is a higher risk for anxiety, depression and other mental illnesses than people living outside urban centers, studies show. 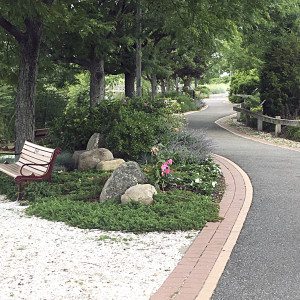 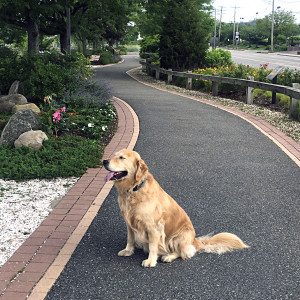 These developments seem to be linked to some extent, according to a growing body of research. Various studies have found that urban dwellers with little access to green spaces have a higher incidence of psychological problems than people living near parks and that city dwellers who visit natural environments have lower levels of stress hormones immediately afterward than people who have not recently been outside.

But just how a visit to a park or other green space might alter mood has been unclear. Does experiencing nature actually change our brains in some way that affects our emotional health?

That possibility intrigued Gregory Bratman, a graduate student at the Emmett Interdisciplinary Program in Environment and Resources at Stanford University, who has been studying the psychological effects of urban living. In one of his studies, he and his colleagues found that volunteers who walked briefly through a lush, green portion of the Stanford campus were more attentive and happier afterward than volunteers who strolled for the same amount of time near heavy traffic. Bratman’s later study closely scrutinized what effect a walk might have on a person’s tendency to brood. Brooding, which is known among cognitive scientists as morbid rumination, is a mental state familiar to most of us in which we can’t seem to stop chewing over the ways in which things are wrong with ourselves and our lives.

The scientists randomly assigned half of the volunteers to walk for 90 minutes through a leafy, quiet, park-like portion of the Stanford campus or next to a loud, hectic, multi-lane highway in Palo Alto. The volunteers were not allowed to have companions or listen to music. They were allowed to walk at their own pace. Immediately after completing their walks, the volunteers returned to the lab and repeated both the questionnaire and the brain scan. The volunteers who had strolled along the quiet, tree-lined paths showed slight but meaningful improvements in their mental health according to their scores on the questionnaire. They were not dwelling on the negative aspects of their
lives as much as they had been before the walk.

So a big thank you to the mayor of Port Washington North and all those involved in building the Bay Walk. It’s a true gem and a welcome addition to our waterfront.

“I’ve sailed around the world now three times and I can see how much more debris there is in the water,” said Ian Walker, winning skipper of the 2014-15 Volvo Ocean Race Sailors for the Sea have produced a Green Boating Guide that is filled with good information. The subtitle to this document is “The Go-To Guide for Eco-Friendly Boating.” Now that the boating season is in full swing, it makes sense to take a look at some of these suggestions.

As boaters, we are intimately connected to our waterways. We have witnessed their beauty, their tranquility and power, and even their degradation. Our oceans, coastal waters, estuaries, rivers and lakes provide us with joy, adventure and solace. One of the best ways to preserve our local waters is by proactively managing and maintaining our vessels.

The Green Boating Guide is designed to provide information, tips and product suggestions to prevent pollution and reduce our impact on the environment. Every day, we can make choices to boat in a sustainable and environmentally friendly manner to help protect our precious waterways for our children and their children.

Did you know that one pint (two cups) of oil released into the water can spread into a one-acre oil slick, which is larger than a football field? (Environmental Protection Agency, EPA.) Filling up our tanks is the most common way that we unintentionally pollute our waters. In fact, 85 percent of petroleum that enters North American waters each year is a result of human activities including land-based runoff, airplanes and recreational boats (National Academy of Science). Even a tiny fuel spill is toxic to the aquatic environment, harming both animals and plants. To prevent accidental spills: 1. Check fuel lines and tanks for cracks; 2. Have a spill kit on hand just in case; 3. Know the capacity of your fuel tanks; and 4. Consider installing an overflow attachment for the fuel tank air vent.

For more information on the Green Boating Guide, go to www.sailorsforthesea.org/programs/green-boating-guide.