In honor of the 50th anniversary of Earth Day on April 22, the Port Washington Public Library (PWPL) in co-sponsorship with Transition Town Port Washington (TTPW) will be holding a three-part documentary film festival beginning on Feb. 28. TTPW is a global social, economic and environmental movement, whose mission is to organize and promote a community-wide effort to reduce greenhouse emissions and transform our peninsula to a resilient carbon-neutral economy. This three day long film event will inform attendees how climate change affects different communities, how fossil fuel emissions, food systems and the consumer culture are major causes to climate change. A community discussion will follow each film. All residents are welcome to attend to find out what they can do to help the environment in Port Washington.

Day one of the film festival will begin on Friday, Feb. 28 from 7 to 9 p.m. at the Lapham room at the Port Washington Public Library. The film Paris to Pittsburgh (77 minutes, 2018) is directed by Sidney Beaumont and Michael Bonfiglio, narrator Rachel Brosnahan, star of the Marvelous Mrs. Maisel. The film shines a light on the many forgotten communities and people who have been greatly affected by climate change in our country, as well as solutions for how we can fight back and reduce our carbon footprint. Learn about Fleet Farming in Orlando, ex-cons becoming solar installers, new jobs in wind energy and New York City’s revolutionary zero waste campaign, encouraging new consumer disposal habits. 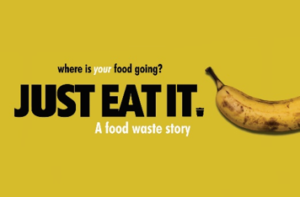 There will be a showing of the film Just Eat It: A Food Waste Story (50 minutes, 2014) which is directed by Grant Baldwin, Jen Rusemeyer, producer will take place on Friday, March 20 from 7 to 9 p.m., Lapham Room at the PWPL. The movie features filmmakers and food lovers, Jen and Grant who dive into the issue of food waste from the farm and retail, right to the back of their own fridge. For six months, they pledge to quit grocery shopping and live on discarded food. It is estimated that 40 percent of the food grown in the U.S. gets wasted while at the same time, food insecurity has grown by 57 percent since the late 1990s. The lost hours of labor, wasted seconds and byproducts, pollution from production and transportation, clogged dumpsters and landfills is mind blowing. In addition, trashed food in landfills creates methane gas, a huge driver of global warming. 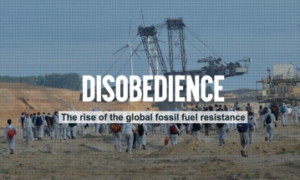 The last film in the event, Disobedience, is produced by 350.org, will take place on Wednesday, April 22 from 7 to 9 p.m. at the PWPL. The film features the future of the planet is under attack. In just the past few years, we’ve witnessed unprecedented waves of brutal hurricanes, massive oil spills engulfing our oceans and sea life and heat scorched forests set ablaze with rapidly spreading wildfires. The results are forced migration, war over resources, illness and death.

For more information about Transition Town Port Washington, visit www.transitionnetwork.org. Doors for each event will open at 6:40 p.m. for set up and mingling. Refreshments will be served but attendees are asked to bring their own refillable water bottles. To keep up with Transition Town Port Washington, visit their Facebook page @PortTranstion.