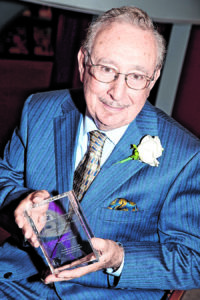 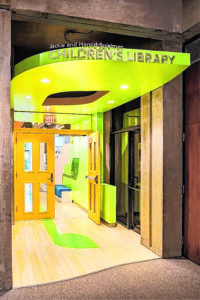 Sometimes, a legend walks among us and we might not even notice because he was so charming and so kind, so humble. Who was that witty guy you clinked glasses with at the dedication ceremony of the new state of the art Children’s Library anyway? If you were a few minutes late to the party, you might never know that the open-hearted, wise man with a lot to say and a to-do list a mile long and who wanted mostly to talk about his dating-after-a-certain-age line of self-help books, has touched a thousand lives in a thousand ways.

Harold, “Hal” to anyone who knew and loved him, Spielman was a legend. Building more than one successful business in his career, including his wildly successful market research firm, McCollum Spielman Worldwide, he was elected into the Marketing Hall of Fame. Spielman’s retirement and the loss of his beloved wife, Jackie, seemed only to ground him momentarily while he considered meaningful ways to contribute to the communities he cared so deeply about. A local philanthropist, Spielman was a founding member of the Department of Medicine’s Leadership Circle at Northwell Health and created the “Spielman Award for the Promotion of Healthy Aging and Care” within the division of Geriatrics and Palliative Medicine. He also established the Spielman Social Science Lab at The City College of New York, his alma Mater.

But here in Port Washington, it was his and Jackie’s deep and abiding love for this town’s treasured five-star library that led him to envision and embolden us to dream big when it came to our next generations. With his extraordinary generosity and dedication, the modernizing of this special place got quickly underway and the unmatched design and utility of the Jackie and Harold Spielman Children’s Library became a glimmering reality in his lifetime, and right before our eyes. Hal did not sit idly by while this project got underway. No. Hal was a sparkling presence on the board of the Foundation, the fundraising arm of the library that privately funds capital projects on behalf of the library as well as the five advisory councils of the library, the Books for Dessert program and much more. Collaborative and endlessly creative, Hal was a passionate and innovative board member, hosting brainstorming meetings late into the evening at his home in Sands Point, where he got out his white board and his markers and his big ideas and said, in the demanding and energizing way of a one-of-a-kind leader, to a room full of his most ardent admirers, what’s next?

This is what legends do. They clink glasses at parties in their honor and tell old jokes and talk about books and ideas and the future. They don’t have time to talk about their name on the big plaque hanging above our heads. They have work to do.

Hal’s immense legacy will live on for generations in Port Washington and beyond. We are forever grateful to have had the honor of working with him, knowing him and we will continue to be inspired by him as we carry on with his work and his vision. The Port Washington Public Library and The Board of the Port Washington Library Foundation. Hal Spielman was born on May 15, 1927 and passed away on Sept. 30, 2021. May his memory be a blessing.