As a spectator, you’re on the edge of your seat, breathing heavy along with Schreiber’s girl’s varsity badminton team. The air is tense and electrified. You turn your head seven times for one point, watching that shuttle zoom from one racket to the other with the speed of a bolt of lightning. With a crack like a whip, and POW! That little shuttle flies.

This Tuesday, May 17, Port’s badminton team won against Valley Stream Central at a home meet. 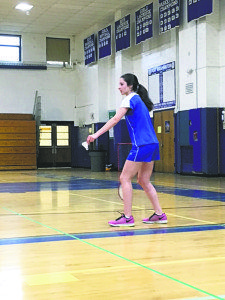 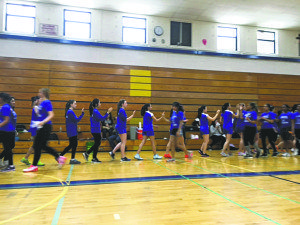 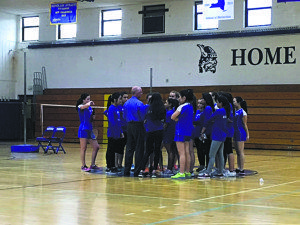 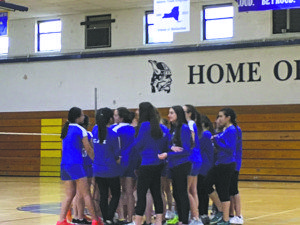 Additionally, on Thursday, May 19, they came home with another victory against Jericho High School, claiming the quarterfinals for Nassau County Badminton Championship.

Head Coach Dr. Dave O’Connor was proud of the team and said that for this season, “We got off to a pretty tough start, losing three close matches to the three top-seeded teams in our conference. The third loss was the toughest because we had an injury to our second singles player, Julia Merani. However, we are playing our best badminton of the season right now as we head into the playoffs.”

That’s a great sendoff for the seniors who are graduating in the next coming month, but before the cap and gown, they are heading to Great Neck South on Tuesday, May 24, for the semifinals.

“Badminton is a sport of brutal endurance,” said Julia Merani. “A lot of people don’t think it’s a sport, but it gets you sweating.”

On top of badminton being a much tougher and faster-paced match than people expect, it’s also one full of commitment. Rachel Weitzner said, “The team is my favorite thing about badminton.”

“I love the commitment that everyone has to the team, and the team bonding,” said Helena Kangadis.

Coach O’Connor, famously nicknamed at Schreiber High School as Doc Oc, is in his ninth season coaching badminton. He said he always values “fundamentals, execution, competitiveness and fun.” He is proud of his team and of his seniors. “I have an excellent core of seniors on this team who have made great strides on the court and off. I will miss them a great deal next year.”

The Badminton team is confident they can take the Nassau County Championships once again.