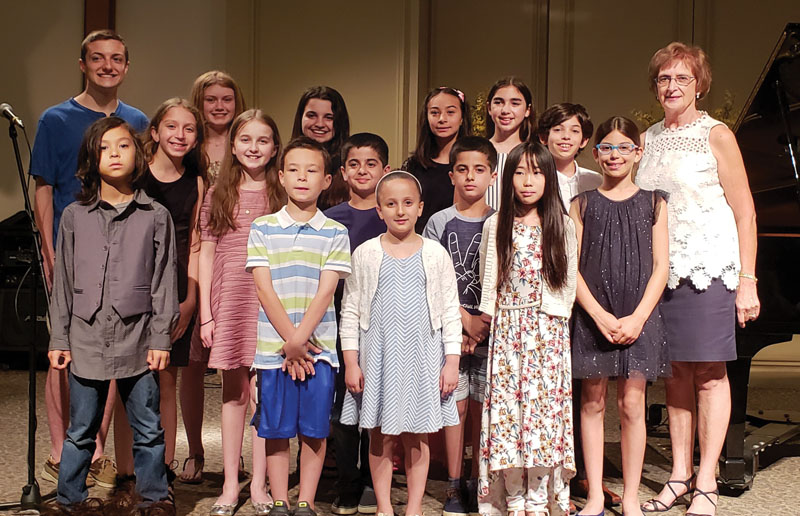 Enthusiastic and talented Port Washington piano students of the multi-media studio of Ruth Pleines were featured at the studio’s annual recital. The appreciative audience of family and friends enjoyed the pianists choice of solos and duets, representing the various musical eras including baroque, classical, romantic and contemporary such as popular and jazz.

Katechis and Metrano were awarded certificates for successfully completing their first year of piano/music study. Diplomas were presented to those receiving honors in performance in the 2018 National Guild Auditions, having fulfilled the requirements of their level and admitting the students to the National Fraternity of Student Musicians, American College of Musicians.

Special commendation and a composer pin were presented to Christake for eight consecutive years of a 10 piece national memorized program, which included ear training, sight reading and transposition of a piece into two keys.

Pleines expressed her gratitude to the students and parents for their commitment
to piano and music education.