These common scams, identified by complaints and other evidence collected by the Attorney General’s Office, typically spike during the summer months.

“My office will use every legal tool at our disposal to protect senior citizens and hold scammers accountable,” said  Schneiderman. “To prevent senior citizens from becoming victims of fraud and abuse, we must empower them with information they can use to protect themselves.”

“Identity theft and other forms of fraud rank high among the concerns of the 50+ in New York, threatening to rob them of their life savings and destroy their fragile kitchen table economies,” said Beth Finkel, State Director for AARP in New York State. “AARP established a Fraud Watch Network, which provides free of charge to Americans of all ages information to help them protect themselves and their families while also offering assistance to victims.”

“It’s estimated that fraud cost older Americans $2.9 billion in 2011 alone, and as society ages and people live longer this problem threatens to get worse,” said Finkel. “So we’re delighted that Attorney General Schneiderman will be joining thousands of our members across New York during our Tele-Town Hall today to discuss what they can do to avoid fraud and what his office can do to help them if they need it.”

Grandparent Scam – Typically, this scam comes in the form of an urgent phone call. The caller claims to be “your favorite grandson” or just says “it’s me”… prompting the grandparent to supply the needed name. While the emergencies vary, the scenario is usually this: tThe “grandson” is out of town and needs money fast — to make bail, or to pay for automobile repairs or medical expenses. The caller begs the grandparent not to tell his parents, just wire the money immediately. Scammers know that parents and grandparents fear a call that tells them their loved one is in trouble. Each year, thousands of Americans get caught in the Grandparent Scam. Increasingly, scammers use actual relatives’ names and information gleaned from social media and other internet sites.

Jury Duty Scam – The caller will claim to be an officer of the court and say there’s a warrant for the arrest of the victim for failing to report for jury duty. The scammer will also claim that there is a fine for failing to show up for jury duty, and that unless the fine is paid immediately, the police will be sent to the victim’s home to make an arrest. The scammer will request that the “Jury Duty Warrant” be paid with a Green Dot Card Money Card or Western Union MoneyGram. The scam has been around for years and surfaces periodically in New York.  In one recent case, the calls were traced to a Georgia prison.

Lottery Scam – The caller says you’ve won a foreign lottery and requests that you, as the “winner,” send a check or to wire money to cover taxes and fees.  Legitimate contests never ask for money upfront. The caller may request your banking information in order to electronically direct deposit your winnings. This is an attempt to steal your identity and will wipe out your bank account.

The callers often use a name that sounds like a government agency or official-sounding authority. The name can be invented, like the “National Sweepstakes Bureau,” or “The National Consumer Protection Agency.” Sometimes they will use an actual name of a government agency, like the Federal Trade Commission. The scammers claim that the government “oversees” the integrity of foreign lotteries. This is a scam.

Utility Scam – The caller claims to be a representative of a local utility provider. In some cases, the scammer has the victim’s correct account number. The scammer will then advise the resident that the utility bill is past due and must be paid immediately to avoid termination of service.  The scammer will also request that the delinquent bill be paid with a Green Dot Card Money Card or Western Union MoneyGram.  Suspects committing this scam have often obtained personal information via the internet, Facebook, Instagram or other social media.

Think Of The Telephone As A “One Way Street”

It’s okay to give out information over the phone if you made the call to a number you know and trust (such as your own bank). However, never give out personal information when you receive an unsolicited call. If you receive a call soliciting personal information, just hang up the phone, no matter what the caller ID says. If the caller says he’s from your bank and is checking on possible unauthorized withdrawals from your account, hang up the phone and then call your bank.  If it was your bank that was trying to call, then it will be happy to confirm the call and will often provide requests to you in writing.  If your bank says it wasn’t trying to reach you, that means the caller you hung up on was a scammer.

Beware If A Caller Ask To Keep A Conversation A Secret

A legitimate caller will never request that a conversation remain a secret, and you should immediately be suspicious. Whether the caller claims to be from the government, a bank, or a family member, requests for confidentiality should raise a red flag.

You don’t have to be polite when you receive unsolicited phone calls. The safest thing to do is to say “no” and hang up. Legitimate callers will typically also provide requests in writing. It is better to be guarded than to fall victim.

Attorney General Schneiderman reminds New Yorkers that in addition to being vigilant consumers, they should also report instances of fraud to his office.

Consumers are encouraged to file complaints by visiting the Office’s website or calling 1-800-771-7755. 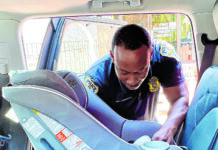 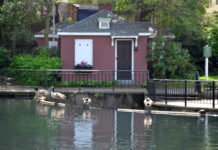 Cottage at Baxter’s Pond Renamed In Honor Of Nancy A. Comer