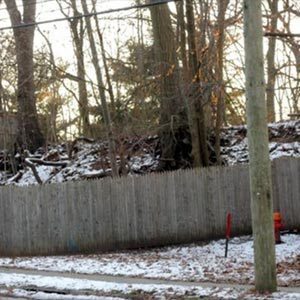 After years of being shuttered, Alvan O. Petrus Park has taken a major step toward reopening.

Under the plan, the town will give the housing authority a parcel of land in New Cassel for the development of affordable housing, and in turn will receive an easement and the right to develop the one and a quarter acre adjacent to Harbor Homes for recreational purposes. The agreement includes a 20-year covenant that stipulates use will be limited to recreational purposes.

The housing authority will maintain the park, but it is the town, with a budget allotment of $250,000, that is responsible for its development.

In an interview with Port News, Port Washington Councilwoman Dina De Giorgio said although the town has set aside money in its budget for the park it will not be enough to see the project to completion. De Giorgio said she will need to do a lot of fundraising and reaching out to philanthropic citizens and local organizations to assist with the finances.

De Giorgio has worked since her election in 2011 with residents of the Harbor Hills community to restore the park.

The next step in the process will be a meeting with newly elected Town Supervisor Judi Bosworth and community representatives to review the schematic that the engineering firm Sidney B. Bowne & Sons LLP presented to the town last year. Once everyone has seen and commented on the schematic the town board will retain an engineer to turn the vision into a working plan that addresses all the complicated work that needs to be done to prepare the site for restoration as a park. Among other things, the park will need to be handicap accessible and have adequate ingress and egress. Because of the challenging topography—the site has steep hills—a portion of the land will be kept in a natural state.

Once the working drawings are provided the project will go out to bid. When asked if a spring opening is a possibility, De Giorgio said that spring is optimistic and fall is more realistic.

De Giorgio added: “This project represents government working at its best. The representatives serving on the town council all agreed to restore the space as a park, but accomplishing the task required everyone working together. Past Supervisor Jon Kaiman worked with me to craft a solution. Councilwoman Viviana Russell, who represents the first district that houses the parcel of land being swapped, helped to move the project forward. Town attorney Michael Kelley, who was tasked with sorting out all the legal issues regarding the land swap, worked tirelessly on this deal for months.”

During the effort to restore the park, the housing authority’s ownership of the parcel and its mandate to provide affordable housing became a major stumbling block to re-opening the park. Because of state regulations governing the development of affordable housing, the solution was not as simple as the housing authority just giving the land to the town. The land swap idea emerged almost two years ago as a possible solution and it has taken this long to work out all the specifics.

When asked to comment on how long this is all taking, De Giorgio said that “the wheels of government turn slowly, but the important thing is that the project is moving forward and the park will become a reality.”

Wandell Thomas, President of the Hands of Change Civic Association that represents residents of the Harbor Hills area, could not be reached for comment. Hands of Change spearheaded the community effort to restore the park along with local residents Hank Ratner, Joel Katz and Myron Blumenfeld.