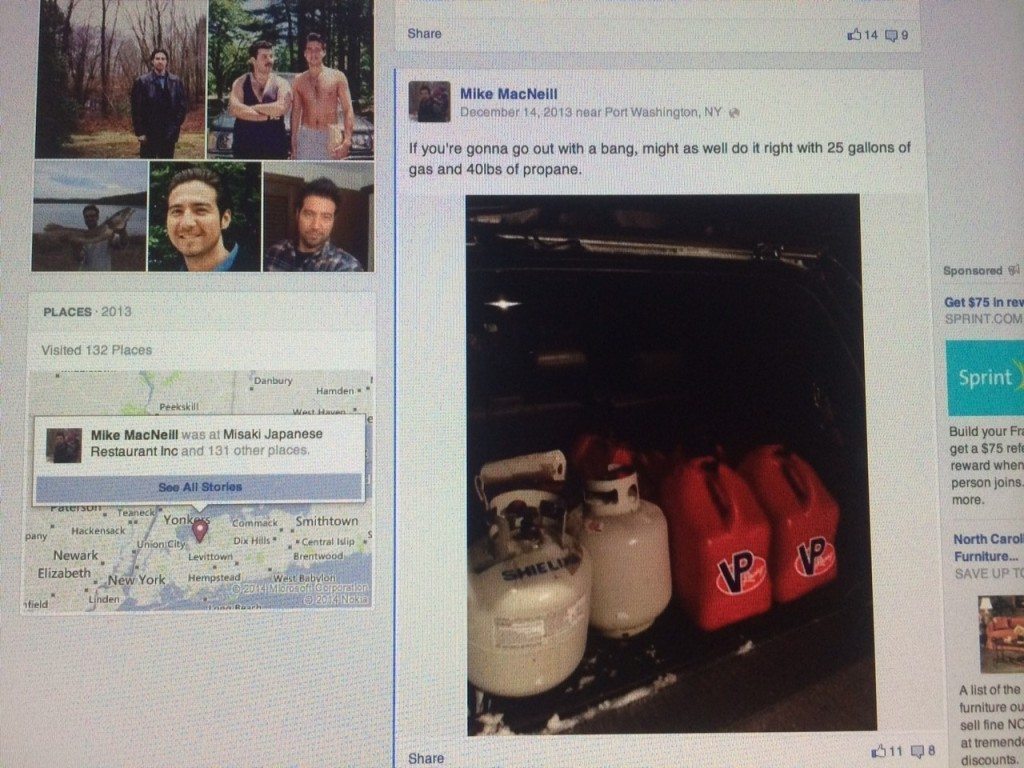 The man found dead after Tuesday’s explosion and fire on Prospect Avenue in Port Washington was Michael MacNeill, the estranged husband of the home’s resident, neighbors said Thursday.

And his Facebook page gives a chilling foretelling of what his fate would be. In a posting dated Dec. 14, MacNeill wrote” “If you’re going to go out with a bang, might as well do it right with 25 gallons of gas and 40 lbs of propane.”

The posting is accompanied by a shot of two propane tanks and two gas cans.  The posting has since been taken down from Facebook.

Although police would not confirm the identity of the body found in a burnt out garage at 10 Prospect Ave., people who live on the street and Second Avenue, the street just behind Prospect, said MacNeill’s wife, Angela, had an order of protection of protection against him and she made the call to police when he appeared at the home.

“We had heard about the order of protection and that he just showed up,” said Nancy Costenoble, who lives at 15 Second Ave., next to the house that was gutted by the fire.

Costenoble considers herself lucky. “We just lost our fence,” she said.

The entire neighborhood was rocked Tuesday around 8:20 p.m. buy a massive explosion that was heard as far as a mile away. The garage at 10 Prospect Ave. was an inferno that quickly spread to the house behind it at 11 Second Ave. and to a barn at 12 Prospect Ave.

About 150 to 200 firemen were on scene from 23 companies. Eleven Port Washington Police District officers responded, along with numerous Nassau County Police Department units.  Four firemen and one police officer were injured.

Prospect Avenue resident John Ball spoke of a close knit block where a registry of residents was kept and block parties held. He and other neighbors described the mother and her daughter as quiet pair that generally kept to themselves.

“Now, for something like this to happen; we’re lucky to still have our homes,” Ball said. 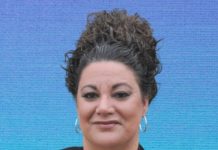 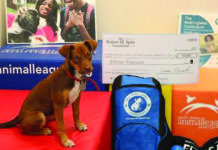