William W. Landsberg passed away on Oct. 6, at the age of 98. A long-time resident of Port Washington, Mr. Landsberg moved here in 1951, along with his wife Muriel (Mitzi), to raise a family and start his own architectural practice.

Mr. Landsberg was born in Bensonhurst, Brooklyn in 1915. He spent his early years studying architecture, receiving his B.Arch. in 1936 from the Carnegie Institute of Technology (now Carnegie-Mellon University).

He then matriculated at the Harvard Graduate School of Design to study with Walter Gropius and Marcel Breuer, two prominent European architects who had gained a following for architecture in the modernist style. He received his M.Arch. in 1938 and proceeded to work for Gropius and Breuer in Massachusetts, and Shreve Lamb and Harmon, and Skidmore Owings and Merrill in New York.

After his marriage to Muriel in 1941, and with World War II looming, Mr. Landsberg was sent to St. Johns, Newfoundland, for two years as part of the federal Lend-Lease Act, to design and supervise the building of military air bases for our allies. Later, he served in the 1253rd Combat Engineers Battalion of the 9th Army, where he participated in the Battle to cross the Rhine in  March 1945.

After a period in the late 1940’s as Marcel Breuer’s Chief of Staff, Mr. Landsberg moved to Port Washington and established his own architectural practice at 921 Port Washington Boulevard. He and Muriel soon became founding members of The Community Synagogue.

Mr. Landsberg designed a number of homes, synagogues and commercial buildings in New York, New Jersey and Connecticut in the 1950’s and 1960’s. Two homes he designed are in Port Washington, and his New Canaan, CT, home is included in the National Trust for Historic Preservation’s Modern Homes Survey, a collection of architecturally and historically significant residences.

His own house in Baxter Estates, Port Washington, built in 1951, fits into a hillside of wooded terrain. The clean and simple rectangular form makes use of exterior wood siding, subway stone and large glass windows to embed the house in its environment. The house was widely published in international journals and books dedicated to modern architecture. Along with some of his other works, it was featured in two Museum exhibits: “Long Island Modern” at Guild Hall in East Hampton, and “Arcadia/Suburbia: Architecture on Long Island 1930-2010.”

In the two decades following 1962, Mr. Landsberg worked as Project Architect for several large New York firms, including Kahn & Jacobs HOK and Edward Durell Stone. During this time he also spent time drawing, painting and using pastels to create his own artwork, and became very active in the North Shore Community Arts Center and the Manhasset Art Association.

He served as Building Inspector for Baxter Estates and later on the Baxter Estates Board of Zoning Appeals. He was also President of the local chapter of AFS (American Field Service), a student exchange organization.
He is survived by his son Mark, his daughter Nina Bernstein, and two granddaughters. 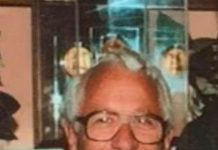 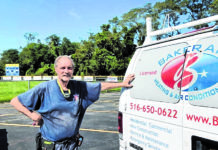