Marjorie had two enduring, solid loves in her life: her family and her 45-year relationship with the Sands Point/Port Washington community. Marjorie Weinstein, born Marjorie Farb in 1934 to Solomon and Celia Farb, grew up in the educationally and culturally vibrant Washington Heights neighborhood of Manhattan in the 1940’s. Imbued with a love of learning and culture, Marjorie was a graduate of the High school of Music and Art, attended Bryn Mawr College and earned masters degrees from Columbia (English) and Hofstra (Education), Marjorie briefly taught in the Roslyn Public Schools and was a longtime executive with her family’s business, Apex Plastic Industries, Inc. formerly of Hauppauge

Marjorie was a contributor to her local community in multiple ways since her earliest years as a newlywed and young mother in Port Washington/Sands Point. From Community Chest to ORT; from The Community Synagogue to UJA; from the Nassau County Chapter of the American Red Cross to her early activity with EAC to Cancer Care, Marjorie Weinstein was also unafraid to take on the controversial. In 1971, Marjorie was a very active champion of Port Washington’s first group home on Port Washington Boulevard for troubled youths. Despite local opposition and even resistance from the Town of North Hempstead, Marjorie raised funds and helped run the house.

“I remember loading mattresses and other vital needs of the house at my mother’s say-so”, recalled her son Jon, also of Port Washington.

Marjorie later went on to serve as trustee, building commissioner and deputy mayor of Sands Point and championed the village’s first comprehensive modern re-write of its building code. Fiscally prudent, socially progressive, a lifelong patron of the arts and education, Marjorie Weinstein managed her husband Jerome’s numerous successful campaigns for the North Hempstead Town Board and served as manager for Vincent Balletta’s call operations in his 1976 congressional race and was named a local leader with the George (Herbert Walker) Bush Committee in 1979-80.

Jerome Weinstein was the lifelong solid love of her life, travelling the world together for business and pleasure, fusing their community activism and raising two children were the worlds of Marjorie Weinstein. Marjorie is survived by son Jon (Ilana) of Port Washington, and Susan (Kenneth) Dobular of Branford, CT. Marjorie leaves behind grandchildren Diana Weinstein Mark (Jared) of Houston, the late Paul Dobular, Rachelle Weinstein Levine (Justin) of Houston, Robert N. Weinstein of Garden City and Zoe Doubular of Branford, CT.

She was the proud great-grandmother to George Jane and June Grace Mark. Services were private. Marjorie requests that all donations be made to the Paul A. Dobular Memorial Fund, Attn.: Emily Helming, Children’s Hospital Trust, 401 Park Drive, Suite 602, Boston, MA 02216. She also asked in her final days to convey her deep, undying love for the community and its people. 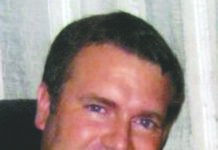 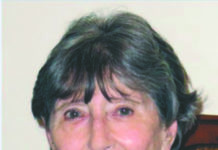 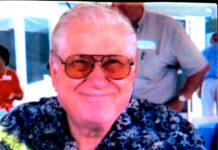