Nicholas Bernard Capozzi, the former trustee, mayor of the Village of Manorhaven (1997-2008) and President of Nassau County Village Officials Association passed away on Aug. 6. Born April 4, 1948 in the Bronx, Nick was a “hands-on” public servant with a vision and revitalized the Village of Manorhaven. He’ll always be remembered as a fun, loving person and a great mayor with an operatic voice and a big heart.

Robert “Bob” Vincent Hallock died in Arlington, VA on July 23. Bob was born Feb. 10, 1926 in Rockford, Illinois. During World War II, Bob served in the Navy. After the war, he earned a master’s in history and taught social studies in Great Neck for many years. Bob married Eleanor McNeil Hallock in 1961. The couple moved to Port Washington where they raised their family and were parishioners at Our Lady of Fatima Church. She preceded him in death. He is survived by his son, Robert Hallock of Seattle and his daughter, Hope Hallock, of Arlington, VA. 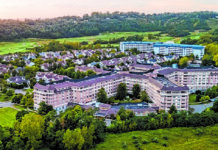 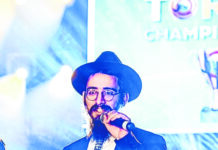