PORT WASHINGTON
Frank A. Messina Jr., 58, of Port Washington, died on March 3. He is survived by his wife Lauralee, his parents Frank A., Sr. and Joan-Ellen, his brother Joseph P. (Jessica Tyler), his mother-in-law Elizabeth Guy, his sister-in-law Cindy Nadal, and his brothers-in-law Ray Sharp and Chris Guy. Frank is also survived by many nieces, nephews, aunts, uncles, cousins, and friends. He was Vice President of Investments at Raymond James in Woodbury. A celebration of his life will be held in the summer of 2021. Donations in his memory may be made to The Surfrider Foundation www.surfrider.org.

Edward A. Sheridan, life-long resident of Port Washington, died on Feb. 15. He is survived by his wife Betty Ann (nee Ligeri), brother-in-law Lou (Annette), and nephew Louis III. A graduate of Schreiber High School, Edward served in the US Navy on Seal Team 12 in Vietnam and South Asia. He was a Master Electrician and proprietor of Sheridan Electric, which Betty Ann later helped him run. Eddie was a proud member of Protection Engine Co. #1 PW Fire Department, a past officer of the Port Washington/New Hyde Park Elks Club and an active member of the American Legion. 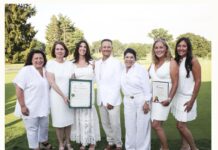