In just a short eight years, Oakcliff Sailing, located in Oyster Bay, has made its mark on the international sailing community. Led by Executive Director, Dawn Riley, Oakcliff has proven, once again, that Oakcliff delivers on its promise to build tomorrow’s leaders. And they do it by gathering the “best of the best” to help young sailors looking for a way to take the next step in their career.

Take for instance, the Volvo Ocean Race (VOR). This column covered the 2015 VOR extensively and brought the race to our backyard. Well, the VOR is on again in the 2017-18 version. And that is where Oakcliff Sailing comes in.

To understand Oakcliff’s connection to the VOR, we need to go back a few years. In 2011, the All-American Offshore Team (AAOT) was established which giving young American sailors a unique opportunity to increase their offshore racing skills. The AAOT is actually an extension of the non-profit U.S. Merchant Marine Academy (USMMA) Sailing Foundation, headed by its President, Ralf Steitz. It was Steitz who came up with the idea of AAOT because of his passion to get youth sailors more involved in ocean racing. He knew a German youth team had entered the Transatlantic Race and thought “if they can do it, why can’t we?” He then got USMMA to endorse the program, plus Oakcliff Sailing and the Storm Trysail Club. He added himself, along with Oakcliff Sailing’s Executive Director, Dawn Riley and USMMA’s (past) Waterfront Director Chris Gasiorek to the AAOT Advisory Board. Steitz lived in Port Washington for many years until the USMMA Sailing Foundation took him to Florida.

Steitz then reached out to Charlie Enright (Bristol, RI), Mark Towill (Kaneohe, Hawaii), Jesse Fielding (Wickford RI), Chris Branning (Sarasota, FL) and Matt Noble (San Francisco, CA), to get involved with AAOT. If you dig deep and remember the Disney movie, Morning Light, you know that it was Enright, Towill, Fielding and Branning who took the lead in the movie, and competed together in the 2007 Transpac Race under the leadership of the late Roy Disney.

Enright and Towill’s friendship led them to cofound Team Alvimedica and enter the 2015 VOR. They tried to entice USMMA graduate Chris Branning to join them, but his duties as a Coast Guard Helicopter Rescue Pilot prevented him from joining his friends.

Fast forward to 2017, the VOR is under way and Enright and Towill are at it again. “After the last edition of the Volvo Ocean Race, both Mark and I were proud of many of our accomplishments, but recognized there are improvements to be made and unfinished business to be settled,” Enright said. The 2017-18 VOR has almost three times as much Southern Ocean sailing than in the previous editions and will be the longest distance in the race’s history: 45,000 nautical miles, crossing four oceans and making stopovers in 12 cities on six continents. This year their campaign is Vestas 11th Hour Racing.

The story now circles back to Oakcliff Sailing. As part of Oakcliff’s Development Program, Oakcliff will send two Sapling Graduates to every stopover to work with Team Vestas 11th Hour Racing. According to Towill, “The Oakcliff Development Program has been simply fantastic and a tremendous help to the team. All of the graduates that have spent time with us thus far have been extremely helpful with great attitudes. I don’t think we’d be able to operate to the level that we are without them.”

Oakcliff’s tag line is “too good to be true.” Each and every day, the folks at Oakcliff make this a reality for all who enter their door. Oakcliff is all about fueling the dreams of young American sailors to make a difference in the world – be it bringing home an Olympic medal, sailing around the world, or making it to the America’s Cup. Or…working with Enright and Towill on their VOR voyage.

I think all would agree that Oakcliff Sailing is one special place and all of us are very lucky to have this incredible organization right in our backyard. Happy Holidays everyone! 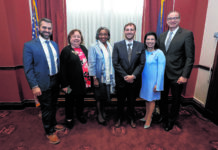 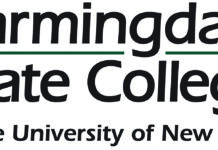