Republican candidates dominated the Democrats in The Town of North Hempstead races for Supervisor, Clerk and councilmembers in the 1st, 3rd and 5th districts. Here are the results from the Nov. 2 election. 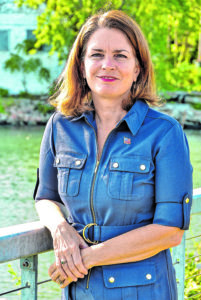 DeSena, who resides in Manhasset with her husband and two sons, is a former SEC Enforcement Attorney. She heads the Manhasset Coalition Against Substance Abuse and the St. Mary’s St. Vincent de Paul Society and is a member of the Greater Council of Civic Associations. DeSena ran on a platform of improving communication, protecting the health and safety of families and promised to change the culture within the town, so that the Building Department and all of the Town government will work for the people.

“I am so grateful for the support I’ve received from around the Town of North Hempstead,” DeSena said in a statement to The Port Washington News on Nov. 4. “If I am certified the next Town Supervisor it will be the result of many leaders who introduced me to their communities and voters who took an active role in this local election. We have a beautiful Town and I thank the current administration for all they’ve done for us. I hope to have the opportunity to bring more residents together and keep the Town affordable and safe.”

Wink is currently serving his second term as the Town Clerk. Following Bosworth’s announcement earlier this year that she would not seek re-election for a fifth term in this upcoming election, Wink announced his candidacy for the supervisor position. 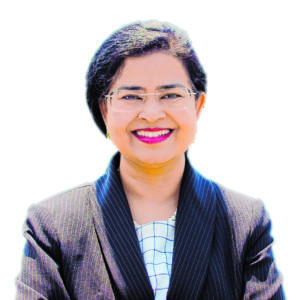 The 1st District was the only area in which a Democrat took the lead. Democrat Robert Troiano led Republican Kerri Delio by less than 600 votes. The First District includes the areas of Plandome, Plandome Manor, Plandome Heights, Munsey Park, the Port Washington peninsula and Flower Hill.

In Town of North Hempstead’s 5th District, the Republicans led once again. David Adhami, Republican, led Democrat Peter Fishkind in the race. Adhami received 3,562 votes and Fishkind received 2,904 votes. Lee Seeman currently holds the 5th district seat, which includes the areas of Great Neck, Lake Success, North Hyde Park and parts of Floral Park.
According to the Town of North Hempstead’s website, the administration consists of a seven-member board including the Supervisor and six council members, as well as the Town Clerk and the Receiver of Taxes and they serve almost 240,000 constituents. The newly elected officials will begin their terms on January 1, 2022.

The Port Washington News reached out to Srivastava regarding a statement, but did not receive a reply by the time of press.