If you’ve ever heard that sound, you don’t forget it, and you know exactly what it means. I had just backed my car out of a parking spot in the Bank of America parking lot in Port Washington when it happened, and looking around quickly, I saw the other car involved. He had backed into me, not noticing that I was out of my spot and ready to drive on. 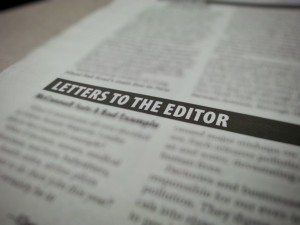 All the rules of defensive legalistic engagement sprang fully formed into my mind: Grab the camera, and quickly take pictures of the position of the vehicles relative to one another. Take a picture of the license plate and the damage to each car, ask for identification, and decide whether or not to call the police. Prepare for the defensive and possibly hostile response of the other driver, even if, and maybe especially if, the other driver is at fault. Tension, irritation, anger….. But wait, here comes the occupant of the other car, and he says… “I’m sorry—I was distracted by another driver. Are you OK?” He is short, on the small side, past middle age and grayish, with glasses. I am taken aback at this aberrant graciousness, but prepare myself for unpleasantness. “I’m OK,” I say, “How about you?” He is OK too and willingly procures his license and insurance information.
I am almost incredulous when he agrees to pay for the damage, telling me that he would prefer to pay out of pocket rather than go through his insurance. “Too much paperwork,” he says. Unexpectedly, he even has a sense of humor in this moment, laughing as we scamper to the side to avoid an oncoming car. “Dangerous place, this parking lot!” He provides his phone number, and asks me to call him with an estimate. And he adds one more thing—“Don’t put yourself to the trouble of going to different places for competing estimates”, he says, “If you have a place you trust, just go to them.”
And so I do. It is $1,500, far more than I would have expected for what is basically a small dent, which makes me feel badly for him. He gave every indication of being a very ordinary guy with a very ordinary income. It is my full expectation that his cooperative demeanor will vanish with this news. But my contact not only answers the phone politely when I call, but upon hearing the size of the estimate, he now really throws me for a loop. “As long as you are satisfied that your car will be properly repaired, that’s what matters”, he says. He doesn’t even ask for a copy of the estimate. I rub my eyes a bit and remind myself that things cannot possibly go on this way. But now something starts working in my soul. Could it be? What if this is real, and not just clever posturing, part of some as yet unheard of scam? The possibility inspires me. I call another repair shop, then another, drive around town in the frigid weather, and wait outside for technicians to look at the damage. After my second estimate goes in the completely wrong direction to $1,700, bit by bit, I get that number down, until by the fourth estimate from the fourth repair shop, at $1,000, I feel I have accomplished something.
I send a triumphant email, entitled “Reduced Repair Estimate,” and even add, “I hope you are pleased.” In return, I receive a gracious reply thanking me for my efforts, and we agree to meet in the bank, where (haha) he is supposed to appear with the cash and I will bring a release. This, I assure myself, is where the mirage vanishes. Preparing for the inevitable let-down of his non-appearance, I mentally rehearse my options, from small claims court to insurance filings.
I arrive exactly at the pre-determined time, where, to my complete shock, he is waiting in the bank lobby. I am so surprised to see him that I almost forget what I am doing there. We shake hands, and he apologizes, sincerely, for the inconvenience and the trouble he has caused. He thanks me again for making the effort to get a reduced estimate. “I would have done it for myself,” I say, “so why shouldn’t I do it for you?” “I felt so bad about this”, he says, “that I couldn’t sleep”. I assure him that he has been…wonderfully kind and…in fact, I can’t quite find the words to say to a stranger that he has done something both ordinary and quite incredible. The release is signed, and he hands me the envelope with $1000 in it. We shake hands again, and I watch him walk away. And then I look at the money a bit more closely. It is an odd shade, greener than any money I have seen. Before I can think too much about this, I ask a nearby teller, who smiles and says, “That’s how the new money looks!”
As I walk to my car, my chest feels full and buoyant at the same time, as though infused with something lighter than air, and driving home, I realize that I had not believed such a thing was possible. I wonder and then stop wondering why it is I feel like crying.
Daniela Rothman