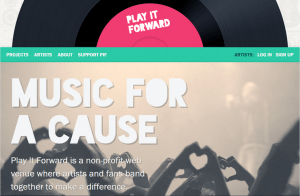 The inkling for PlayitForward.com, a nonprofit new music sharing website with a twist, came to Steve Mazza when he visited South Africa 10 years ago. The site, which launched in September, is a trend-setter by the definition of the word and allocates money for artists’ albums directly to a charity of their choosing.

Mazza traveled throughout South Africa and taught during a school study-abroad program, getting to know the education system. During Mazza’s time there, he was exposed to many impoverished locals and left with a new perspective on things.

Mazza, 29, is a PhD clinical psychology candidate in his fourth year at Hofstra University. He hopes to graduate and have a practice treating early childhood anxiety disorders as a cognitive-behavioral therapist. The South Salem, NY, native obtained his masters degree in 2012 in developmental psychology from Columbia and his undergrad degree in elementary education at Skidmore College 2007.

“I felt a responsibility; how can I do something to help?” he said.

Mazza always liked to volunteer and work with kids. He was a mentor in college, so doing charity work was right up his ally. He had already began recording an album at home, so he thought he could use the money he would make selling his albums, and give it back to an orphanage in South Africa.

The only catch was that he didn’t have any fans or followers of any sort. Mazza asked his friends, family, and people he saw passing by at Hofstra, if they wanted to help. Doing just that, he raised $11,500, selling 1,000 albums in two months before sending all the money to the orphanage. He got his music to reach an audience, the charity benefited greatly and other people felt good about buying his music to help a cause.

Mazza originally started writing and playing music when he was 16. What started out as a hobby, turned into an obsession.

“I just wanted to write songs for girls, but then it became something bigger,” he said.
Mazza made another album and raised another $11,500 for a different charity. He knew he was onto something and figured a website was the best way to help make a bigger positive change. But this was no easy task to take on.

He started selling his albums in 2007 and began the incorporation process in 2010 to get a nonprofit approved in 2014.

“It was a really long process and I was in graduate school the whole time,” Mazza said. “I had to figure out how I would handle all of the incoming donations. They can’t go to my personal account so where do they go? Then how do I create a partnership with charities? I was ignored by a lot of charities for a long time.”

“The most difficult part is getting the word out,” Mazza said. “Without a large budget, marketing isn’t really an option.”

All the artists, Mazza himself, and his board of directors, are volunteers with no salary.
“When I was fundraising on my own, I paid for the website to distribute music; iTunes and other similar companies take a big cut of what they make; I’m not doing that,” he said.

There is more than just songwriters/singers on the website. Mazza got word of comedian Charlie Nadler through a friend when Nadler said that he really wanted to get his work out there, but specifically for charity. He didn’t want a commercial site taking some of the profits. Mazza had the exact opportunity Nadler was looking for.

“Anyone who wants to use creative talent to help others should be able to do so without facing obstacles,” Mazza said. “I know there are people out there looking to do the same, they just need to know about it. I’m just trying to get the word out.”

Playitforward was created to facilitate the fundraising process for philanthropic artists.
To buy the albums, there is a minimum donation amount for each. There are also short previews of a track to get the feel for what is being purchased.

“I would really like to help grow the foundation; I want it to flourish,” he said. “My ideas for the future are to have organizations sponsor compilation albums. An album can have several artists help the nonprofit and artist. I am currently in the process of working with Skidmore College to create a student album to sell it to help a local Saratoga charity.”

Check out the Playitforward Facebook page at www.facebook.com/PlayItFWDMusic and Twitter @playitfwdmusic. For more information check out the letter from the founder at www.playitforward.com/about. 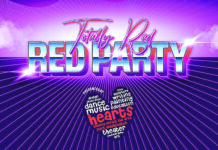 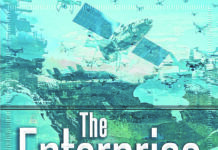