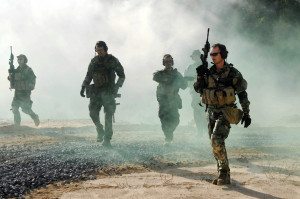 The entire community is invited to attend an Armed Forces Day ceremony, which will be held at Morgan’s Dock Park on Saturday, May 21 at 10:00 a.m. Armed Forces Day is a federal holiday that is observed annually on the third Saturday of May.
The day is dedicated to honoring the men and women who are currently serving in the U.S. armed forces and their families. Armed Forces Day began in 1949 after the five military branches–Army, Navy, Marines, Air Force and Coast Guard–consolidated into the U.S. Armed Forces.
The Village is honored to have the opportunity to recognize the dedicated service of all of our brave Americans who serve to protect us all every day in the U.S. Armed Forces, along with their families who support them.
“Having served in the Army during the Vietnam War, I am particularly proud that Manorhaven is hosting this wonderful event that honors active military members and their families,” Village of Manorhaven Mayor Jim Avena said. “We welcome all active military families, veterans, community leaders, and the public to join us for this moving ceremony.”
Morgan’s Dock Park is located at the end of Orchard Beach Road just south of Manorhaven Boulevard. Contact the Village at 516-883-7000 for more information.
–Submitted by the Village of Manorhaven