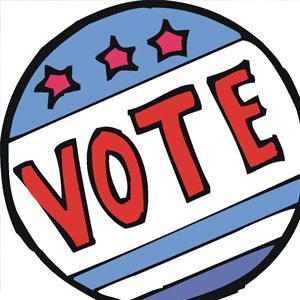 The only thing more bizarre than Manorhaven politics is the peculator reluctance among village residents to talk about the subject publicly. When asked by Port News to comment on the tone of the rhetoric during the current mayoral campaign people had a great deal to say, but it was a challenge to find anyone willing to speak on the record because they said they fear reprisals from whomever wins the election.

We were told more than once that there is no governing during election season and that accusations flying back and forth between challenger Jim Avena and incumbent Giovanna Giunta undermine both candidates’ credibility and leave
residents frustrated, bewildered, starving for facts and hoping for solutions to village problems, such as aging infrastructure and budget deficits.

When Mayor Giunta and her running mates took office in 2010 it seemed as though a wave of populism upended village government. Early board meetings under this administration were orderly, well attended and positive in tone. This marked a departure from the preceding administration of Michael Meehan, when village attorney Gerard Terry assumed a condescending tone toward residents during public comment and far fewer residents attended the monthly board meetings.

But in this election season public comments during board meetings have become sharp and accusatory. The responses from board members directed toward speakers are similar in tone. Both mayoral candidates and their supporters have accused one another of using business meetings for purely political gain.

Mike Masiello, one of only two residents willing to be quoted, is a trained engineer. He says: “There are accusations but no facts.”

Masiello believes that at some point the board and village residents must defer to professional opinions and if there are opposing views you need to present facts not opinions and offer up solutions. “I believe all residents are trying to do their best but I am an engineer looking for facts,” Masiello said.

Patrick Gibson, a former trustee who waded into the melee at the budget hearing on April 23, pointed out that although two of the candidates continue to hurl accusations at each other about the AG Towers settlement, they both choose to set out their part of the saga in a favorable light while omitting some of the facts.

The fact is that the previous administration, which Avena supported and also served as trustee, listened to the voices of concerned citizens as the cell tower was ready to be activated and tried to avoid granting a certificate of occupancy to AG Towers. As a result AG Towers sued the village, eventually asking for damages and winning its case in federal court.
So, yes, it is true that the lawsuit began during the previous administration, but the very people who were out picketing to stop activation of the tower at the 11th hour are the people sitting on the board now. And guess what, their administration had to pay the settlement.

The point here is that if there is a villain in this scenario it is a mayor who many years ago probably overreached his authority in signing what amounts to a 50-year lease for the tower. The current administration is challenging the validity of that lease in state court.

Meanwhile residents when asked about the cell tower, hope the village will prevail in state court, but seem done with the AG Towers suit and who is responsible. They find rehashing the same old issues disrupts the monthly board meetings, accomplishes nothing and only succeeds in turning them away from participation in village government. As one resident says, “This is the way it is at election time in Manorhaven. It is disgraceful.”

Mima Strangologolli knows about politics in the village. She lives on Ashwood Road across from village hall and owns the rental property next door. She has been asking the village to clean up or move its vehicles from a lot next to her house.
“No one wants to rent this place looking over this mess,” Strangologolli says. She doesn’t expect anything to happen now while the mayor and trustees are busy running for re-election.

“They are fighting but the little guy gets nothing,” says Strangollogoli.

There is a great deal of speculation about the third party candidacy of John O’Reilly. Many people are puzzled, but not Masiello. “He’s a spoiler pure and simple,” says Masiello. How this candidacy will effect the election result is anyone’s guess. The election for Manorhaven mayor and two trustees is Tuesday, June 17.