“Our votes don’t count anyway, so why should I bother?”

You’ve surely heard this or a similar sentiment from someone in your life, or said it yourself. It could come from a place of privilege—believing your life won’t be affected regardless of who is elected. It could come from the opposite position—asking what has a politician ever done for me, or my family or my neighborhood?

No matter the reason, this belief is dead wrong. If your vote doesn’t matter, then voter suppression wouldn’t exist.

This year, Georgia’s Republican Secretary of State Brian Kemp withheld 53,000 voter registration applications due to an “exact match” requirement. For something as minor as a typo or hyphen discrepancy, thousands of people could lose their ability to vote in the next election. Seventy percent of those affected are African-American, in a state that is 32 percent African-American. Kemp is running for governor. Being in the position to oversee an election in which he is a candidate is a huge conflict of interest.

Following Democrat Heidi Heitkamp’s election to the senate in 2012, North Dakota passed a voter ID law that requires voters to have a residential street address. Sounds straightforward, but thousands of Native Americans who live on a reservation do not have a typical residential address. This will undoubtedly affect the outcome of the next election in favor of Republicans.

Closing polling places early is one of the most effective ways to prevent people from voting. It happens all the time, especially in communities of color.

These shameful tactics disenfranchise minority voters under the guise of preventing voter fraud, though the number of credible voter fraud allegations is negligible.

Originally, Election Day was set for the first Tuesday following the first Monday in November to make it easy for farmers to vote. Though society has changed greatly since the 1800s, Election Day remains the same, despite it falling on a day inconvenient to most citizens.

Registration itself is an obstacle to voting. Australians are automatically registered at age 18 and if they don’t show up to the polls, they are fined. Australians love their system and think ours is crazy.

Isn’t it crazy for a country to make it difficult for its citizens to vote and to actively disenfranchise certain groups?

Voting is a right, a privilege and a civic duty. Vote in the Nov. 6 election. Vote like your life depends on it. And bring a friend. 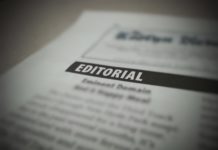