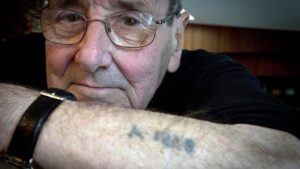 Reich, a Holocaust survivor and educator, was living in Berlin when the Nazis came to power in 1933.  His father lost his job and the family moved to Yugoslavia.   After his father died in 1940, his mother placed him in hiding with several families, and he became involved in the resistance movement.  He was arrested by the Gestapo in 1943 and sent to Theresienstadt, then to Auschwitz, then to Mauthausen.

He says he never lost his sense of humor, which, along with his determination to survive, makes his story a unique and compelling one.

Please join them for this very important and moving program at Temple Beth Israel Temple Drive in Port Washington. For more information call 516-767-1708.