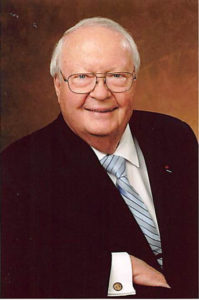 Joseph A. Flaherty died at Peconic Landing, Greenport on Aug. 7. Joe was born in Kansas City, Missouri on Dec. 25, 1930. He received a physics degree from Rockhurst College in Kansas City in 1952 before joining the U.S. Army Signal Corps in 1953. After his service, he took a job with NBC in New York City, where he met his wife Jan. The couple were married in 1957 at St. Patrick’s Cathedral in New York City. The couple moved to Port Washington, where they lived for 46 years and raised their five children. In 2008, they moved to Peconic Landing where, last year, they celebrated their 60th wedding anniversary. By their 60th celebration, their family had grown to include three children by marriage and eight grandchildren.

Joe joined CBS in 1957 and would work there for almost 60 years, starting as a television design engineer and eventually becoming CBS Vice President of Technology. His career path was marked by innovations that revolutionized television broadcasting and consumer electronics. Chief among these innovations were Electronic News Gathering (ENG) and High Definition Television (HDTV). Joe received many awards in recognition of his contributions to the television industry. He was awarded four Technical Emmy Awards and two personal lifetime achievement Emmy Awards. Internationally, he was awarded the French Legion of Honor, the Swiss Montreux Achievement Gold Medal, the Vladimir Zworykin award, and many others.

Following his death, members of the television engineering industry have issued public tributes. CBS’s Robert Siedel wrote that “Dr. Joseph Flaherty’s lifetime of television innovation is unmatched in the television industry, while Gordon Smith, the President and CEO of the National Association of Broadcasters (NAB), remarked that Joe’s “accomplishments in the field of electronic news gathering and his pioneering role as the ‘Father of HDTV’ will never be forgotten.”

Joe is predeceased by his son, Mark. He is survived by his wife Jan, his sons Patrick, Daniel (Traci), Michael (Ann), and Timothy, his daughter Margaret Griffith (Jeff Griffith), his sister Kathleen Cresto, and eight grandchildren.

A wake was held on Monday, Aug. 13 at the Horton-Mathie Funeral Home in Greenport. The funeral was held on Tuesday, Aug. 14 at St. Agnes Church in Greenport and was followed by a private burial at the Long Island National Cemetery in Farmingdale. 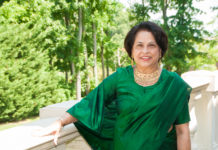