Graffiti was found on the side of two buildings on Main Street—the upper east side wall of 110 Main St., the building that houses Sterling National Bank owned by Pergament Properties, and the wall of Wright Music (5 Main St.) next to the sunset mural. However, both property owners reacted quickly by notifying the Port Washington Police District (PWPD).

PWPD Chief James Salerno said, “there are no known subjects at this time. PWPD detectives are investigating the case.”

Vice president of Pergament Properties and Port resident Keith Lipstein explained he found out about the graffiti on Tuesday, July 31, notified the Port Washington Police Department and acted as quickly as possible to get rid of it, having it painted over on Aug. 2. Lipstein said he would have acted on Aug. 1, but the rain did not allow for the work to be completed.

“We’re not happy,” said Lipstein. “We’re going to continue to monitor it and anytime someone defaces our property, we will do something about it and when these people are found, we’re going to take legal action. I hope that the other landlords in the area, when they get graffiti, that they seek to act quickly to get rid of it.” 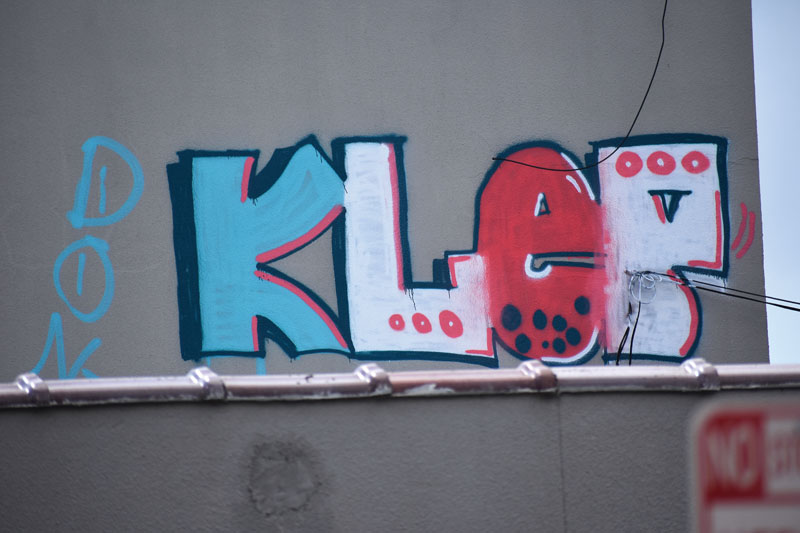 “I honestly couldn’t believe that something so visible and large could be put up without someone seeing it in town,” said Port resident Arco Esposito, who first noticed the graffiti on the 110 Main St. building on July 31. “Of course I’ve seen graffiti before all over in town, most of the time just tags and peoples names but this is like a mural. Way bigger than most that we’ve seen before and honestly it shows how much our town has changed.”

Manager of Wright Music Chrystal Conklin said that the staff had noticed the graffiti on their wall when they came to work the morning of Saturday, July 30, explaining that the staff believed it had been completed between Friday, July 29, after closing, and Saturday morning before they opened.

“Thank gosh they didn’t hit the mural because that’s just the best,” said Conklin. “It is definitely a shame. It was just unlucky. It is something we’re going to have to clean up.”