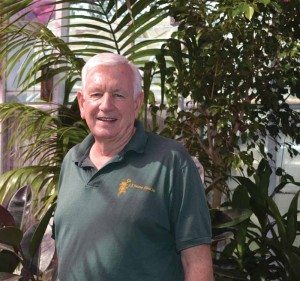 The Pride in Port parade Grand Marshal this year is Port native, Fred Falconer, owner of S.F. Falconer’s Florist. He is being honored for his extreme generosity to Pride in Port and many other local nonprofit organizations through donations of flowers and fundraising gifts.

Fred Falconer, Jr. has lived in Port Washington his entire life, with the exception of his service in the U.S. Army, where he spent most of his time in active duty in Germany. He has raised his two children here, his son now in Huntington and his daughter in Texas.

Falconer’s father, Fred Falconer, Sr., started the florist in 1924 in the same location where it is today at 8 South Maryland Ave. Falconer took over in 1980 when his father retired. The business has thrived well over the years by providing an outstanding product with superior, knowledgeable service. Although the business has always flourished with flora, Falconer continues to expand the offerings in the store to include a wide variety of gift items.

“It is a great honor,” said Falconer, when asked how he felt about being named Grand Marshal. “I am a low key person, so my being selected took me by surprise.”

Fred Falconer was a close friend of Sal. So come out and join Fred Falconer on Saturday, Sept. 24, and show your Pride in Port. 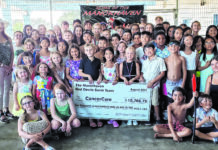