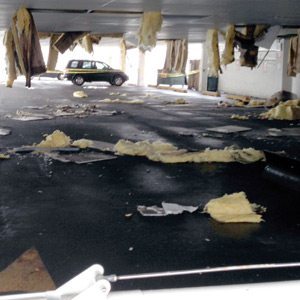 This photo shows the parking garage at 28 Haven Ave. after Sunday night’s two-alarm fire which caused damage to businesses along Main Street and Haven Avenue.

Two firemen were taken to the hospital for smoke inhalation and were treated and released. No other injuries were reported. About 125 firemen responded from six fire departments. 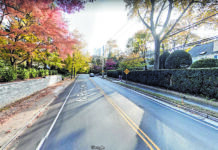 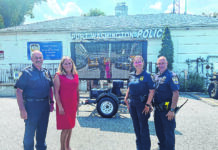