During the New York State United Teachers “Fund our Future” bus tour, the Port Washington Union Free School District (PWUFSD) recently brought attention to the extreme and inequitable shortage of funding the district has received from the New York State Education Department. As part of the district’s ongoing fight with New York over the state failing to honor its long-standing promise of a full and fair distribution of $20 million in state aid over the last five years, the Superintendent of Schools Dr. Michael Hynes; State Senator Anna Kaplan; members of the Board of Education, Parent Council, and Port Washington Teachers Association; and district employees convened with members of NYSUT and other state legislators for an hour-long round-table discussion at Carrie Palmer Weber Middle School.

“For years, the Port Washington Union Free School District has received far less state aid than is required to accommodate for the academic needs of our student body, and we thank the New York State United Teachers for visiting our schools and advocating for our community,” Dr. Michael Hynes, superintendent of Port Washington Union Free School District, said. “The Foundation Aid formula is supposed to provide funding that accurately reflects a school district’s tangible financial needs, yet it has failed so many school districts throughout the state. That lack of funding has had a profoundly negative impact on our students and students throughout New York. It cannot be ignored any longer. It is time to take a stand.”

In addition to the lack of state funding, the district has also needed to accommodate its growing student body. While statewide student enrollment continues to decline, Port Washington’s enrollment has grown to 5,518 students, an increase of approximately 24 percent over the course of 20 years. This increase far surpasses any of Port Washington’s neighboring school districts. During this same time, the Port Washington community has become more diverse; 41 languages are now spoken in the community, and students speaking more than 21 languages are serviced by the district. Over eight percent of the district’s student population are enrolled in ENL classes, higher than any neighboring districts. The number of Port Washington students receiving special education services has increased to almost 15 percent.

As a result of the Port Washington Union Free School District not receiving its fair share of state aid, critical and difficult decisions based on economics have had to be made. These have included reducing staff despite increasing enrollment, reducing expenditures for the arts and athletic programs and implementing a staggered bus schedule.
While the district has been able to maintain a high level of education in spite of the state’s delinquency in addressing this issue, the situation is not sustainable. The formula must be changed to more accurately represent the district’s needs and the district’s rightful share of state funding.

PWUFSD needs the community’s help to stand up for its fair share of state aid. Visit www.change.org/PWFightForStateAid to sign the petition to Port’s state legislators. For more information about the Port Washington Union Free School District, visit the district’s website at www.portnet.org and like their Facebook page: @PortWashSchools. 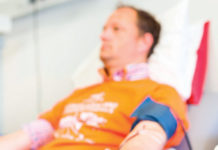 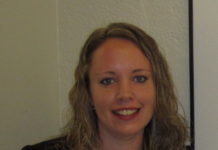