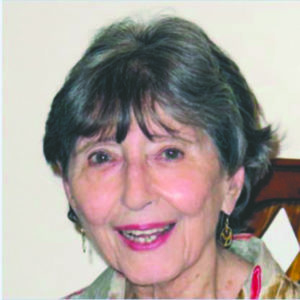 Lilly was born Elizabeth Apanansky on Jan. 7, 1924 in Berlin into a Russian theater family. Her family ran the world renown Blue Bird Theater (Der Blau Vogel), which helped start the careers of many well known artists and writers including Vladimir Nabokov.
Stranded in Berlin during the war, Lilly helped her mother escape to Italy where they lived in Milan and Lake Como. She joined the rest of her family in New York City after the war where she met her beloved husband Stanley Rotter while taking English classes. They were happily married for 27 years until his untimely death in 1977. Lilly worked for Banco di Roma when she arrived in NYC, and later had a long career at Bulova Watch Company in Queens.

The Flushing Unitarian/Universalist Church became a very important part of Lilly’s life for more than 40 years since Stanley and she joined in the mid 1960’s. They were both very active, and Lilly served in many roles: church trustee, vice president, hospitality chair, membership chair, fair chair, ministerial search committee, LIAC representative, services auction chair, Seder dinner coordinator as well as an being an active member of the choir.
In addition to her church activities, Lilly was very proud of her community involvement and her role as President of the 110th Precinct Community Council in Queens, for several years. She was also proud of becoming a proficient speaker after completing a Toastmasters program.

After living in Elmhurst, Queens for many years she moved in 1999 to the Unitarian Universalist Congregation at Shelter Rock’s Hadley House in Port Washington where she also actively participated in resident affairs as executive board member, treasurer and Aesthetics committee chair.

In late 2013, Lilly moved down to Palm Beach Gardens to be near her daughter. Lilly was a vibrant, loving person who was dedicated to her family and friends. She will be sorely missed. She is survived by her son Ed Rotter, of New York City; her daughter Iris Scheibl and her husband Fred, of Palm Beach Gardens. Condolences may be sent to: The Rotter Family, PO Box 6779, 1617 Third Avenue, New York, NY 10128. 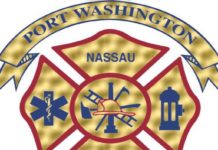 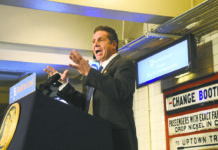